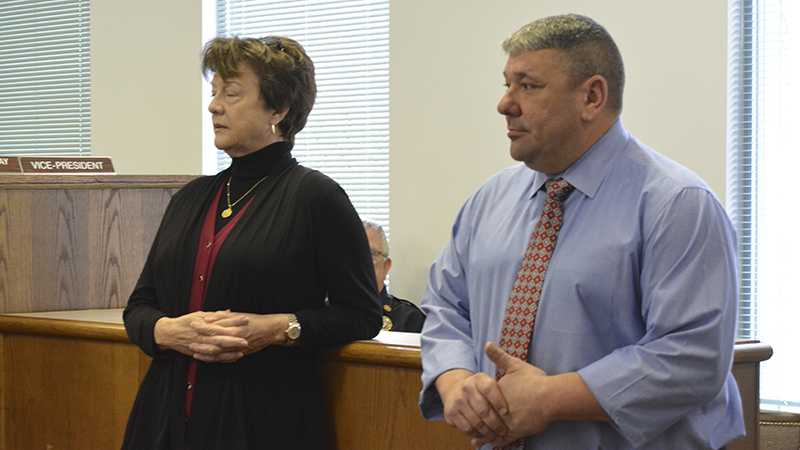 diffusing misinformation: Manya Creel- Bryan and James Williams speak during Monday’s Board of Supervisors meeting concerning rumors that the county is funding operations at the Pearl River County Hospital and Nursing Home. Photo by Mrudvi Bakshi

James Williams, CEO and administrator of the hospital along with Manya Creel- Bryan, the hospital’s attorney, provided additional information during the meeting.

Board Vice President Hudson Holliday said the line of credit covers the hospital’s Board of Directors in an event the hospital needed short-term money to make payroll.

“The payroll for the hospital is a lot of money and there may be just two or three days between when the reimbursement comes and they make payroll and so we set a line of credit that clearly states that the line of credit would allow the hospital to draw the money out if needed and needs to get paid back within 30 days of getting reimbursed from (Centers for Medicare and Medicaid Services),” Holliday said.

Holliday commended the hospital’s new administrator for running a facility that brings people from 16 counties in the area to utilize its services.

“The hospital has employed about 350 people, generates payroll between $10-$12 million and contributes over $30 million in the local economy and if someone wants to shut that down I will have to question their judgment,” Holliday said.

Lumpkin said the last time the Board of Supervisors made any kind of payment to the hospital was back in 2011.

District II Supervisor Malcolm Perry said that since April 2017, the hospital hasn’t used the line of credit but the Board of Supervisors is ready to help the hospital get through any hard times.

Holliday said the Board of Supervisors could levy up to five mills of property tax to support the hospital but it currenly only levies one mill that generates $312,000 a year to assist the nursing home.