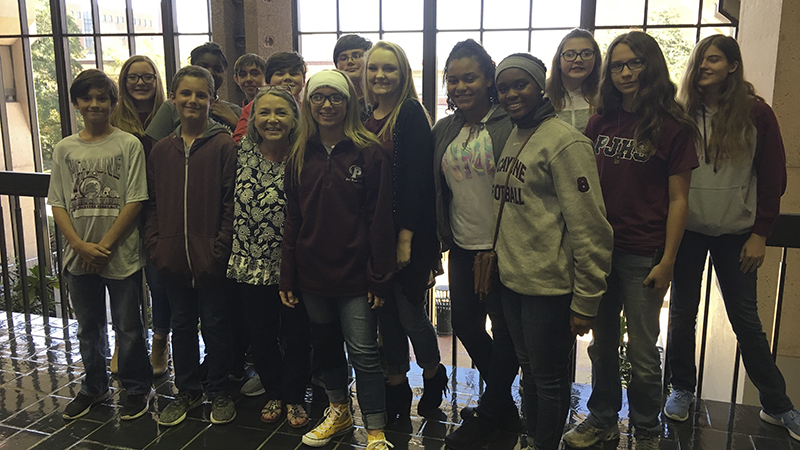 Students from Picayune Junior High School competed in the American Mathematics Competition held at the University of Southern Mississippi, which was hosted by the Mathematical Association of America.

In the competition, all 14 students from the advanced math class attended the contest where Anthony Nine tied for third place with a score of 11.

This was the first year students from PJHS competed in the contest and in order to prepare, not only did the students dedicate part of class time to increase their math skills but they also met after school numerous times.

According to the release, the competition provides middle school students with the opportunity to form a positive attitude toward analytical thinking and mathematics.

“The children had a great time, they really enjoyed it and they did well and I was proud of their hard work,” Burges said.