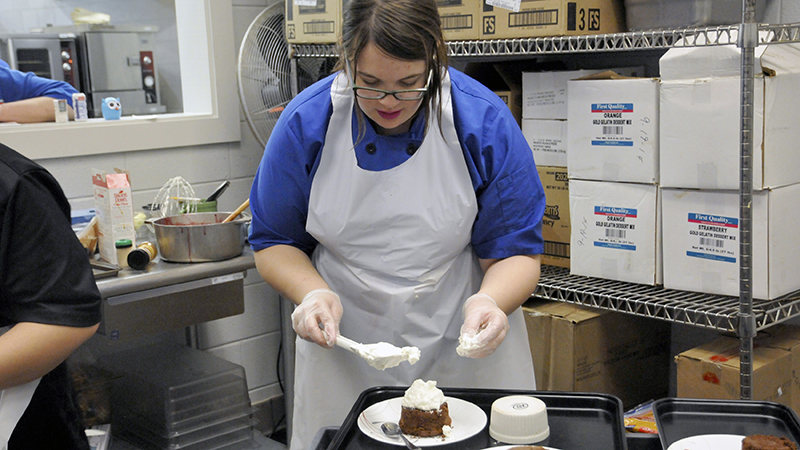 The second-annual cook-off contest at Pearl River Central High School will take place in the upcoming weeks. The contest is open to all high school students within the Pearl River County School District. Anyone interested in participating can pick up a registration form from the school’s culinary arts classroom or the cafeteria, PRC Food Director Sheila Amacker said.

The contest will consist of two rounds, with the first taking place during the last week of January. The second round during the week of Feb. 19.

Amacker said the final products from students in the second round will be judged by successful chefs in the area and will also include a special guest.

During last year’s contest, Poplarville native Whitney Miller, winner of the first season of MasterChef in 2010, was one of the judges. Meghan Powell, winner of last year’s cook-off, spoke to the District’s Board of Trustees during Thursday’s meeting about the positive impact the culinary program and cook-off contest had on her.

Powell said she joined the culinary program her junior year and after completing the first year, she wasn’t sure if she wanted to enroll in the second year course, but after much thought she decided to stay in the program and earn the two-year certificate. Heading into her final year of high school, Powell didn’t think of culinary arts as a career choice, but at the same time she was undecided on what she wanted to do.

During the final semester of her school year, Powell heard about the cook-off contest and after a little push from her parents and instructor, she decided to compete.

During the contest, Powell met Miller and after talking with her, Powell said she started considering culinary arts as a career option.

After earning her two-year certificate from the culinary arts program at PRC, Powell earned a full vocational scholarship from Mississippi Gulf Coast Community College, where she is currently majoring in culinary arts. Powell also earned an academic scholarship due to her high ACT score.

By May of 2019, Powell hopes to earn two associate degrees, one in culinary arts and another in baking and pastry arts.

“I wouldn’t be where I am today if it wasn’t for the PRC culinary program and without the nudge I received from my teachers and parents in order to compete in the cook-off,” Powell said.

Superintendent Alan Lumpkin said he was happy to hear Powell’s story about how the culinary program inspired her to choose a career that interested her.