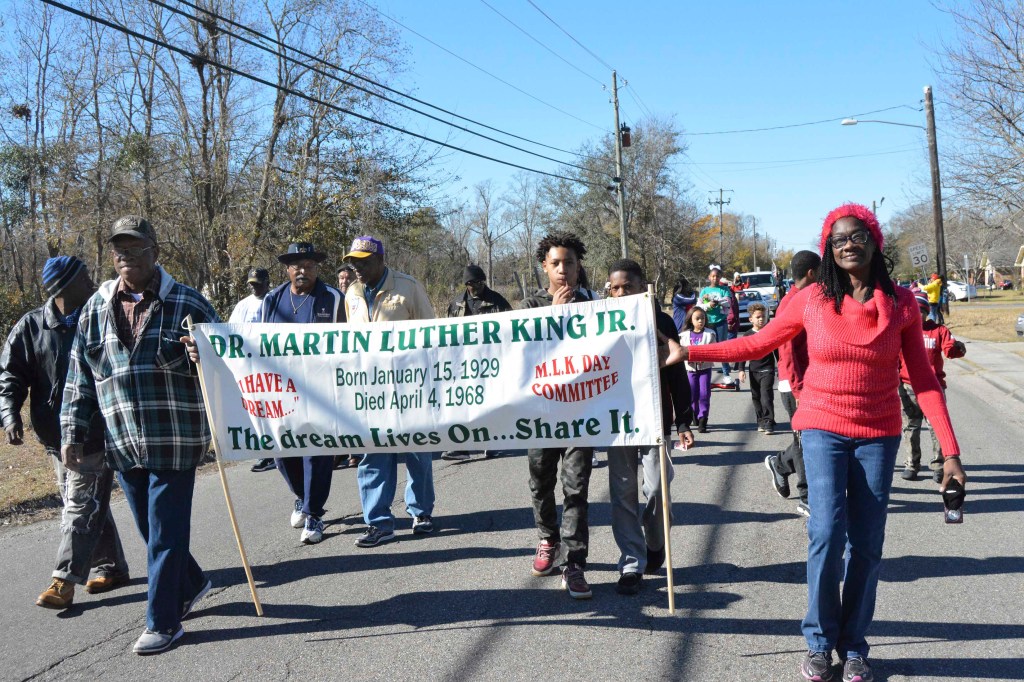 The Martin Luther King Parade drew many people from the community in remembering the legend. Photo By Mrudvi Bakshi

The parade began at 10 a.m. on Monday, at the Rose of Sharon Church of God in Christ in Picayune and ended at the Pleasant Valley Baptist Church, where the Martin Luther King Committee of Picayune held a service.

The service began by recognizing the efforts of Sister Ema Fortenberry and the MLK Committee founder, Etta Scott, for their service on the committee.

During the service, Keynote speaker District I Supervisor Donald Hart, who is also pastor of Newness of Life Ministry in Picayune, spoke about his dream of a city where the people work towards the encouragement and betterment of each other.

“Dr. King sacrificed his very own life, but we all should know that although he was killed, his dream still lives on and we should honor that,” Hart said.

Hart went on to say that his dream involves everyone in the community striving to be a best version of themselves while loving and encouraging each other.

He also has a vision for the young people in the community.

“I dream that the cracks the children are slipping through completely disappear,” Hart said.

Among others things, Hart wished for the crime rate to disappear, for everybody in the community to take advantage of the educational system and for those who are old enough to exercise their right to vote.

Hart also announced the intention to build a community and multi-purpose center that would better serve the needs of the community. He said the Pearl River County Board of Supervisors donated $10,000 towards construction of the center and plans are in the works to get the project moving.

“I will make sure that this center is built and will see this through, even if I’m not serving in the capacity as a supervisor,” Hart said.

He ended his speech by calling for equality.

“We are better together and we need to be the change we want to see.” Hart said.