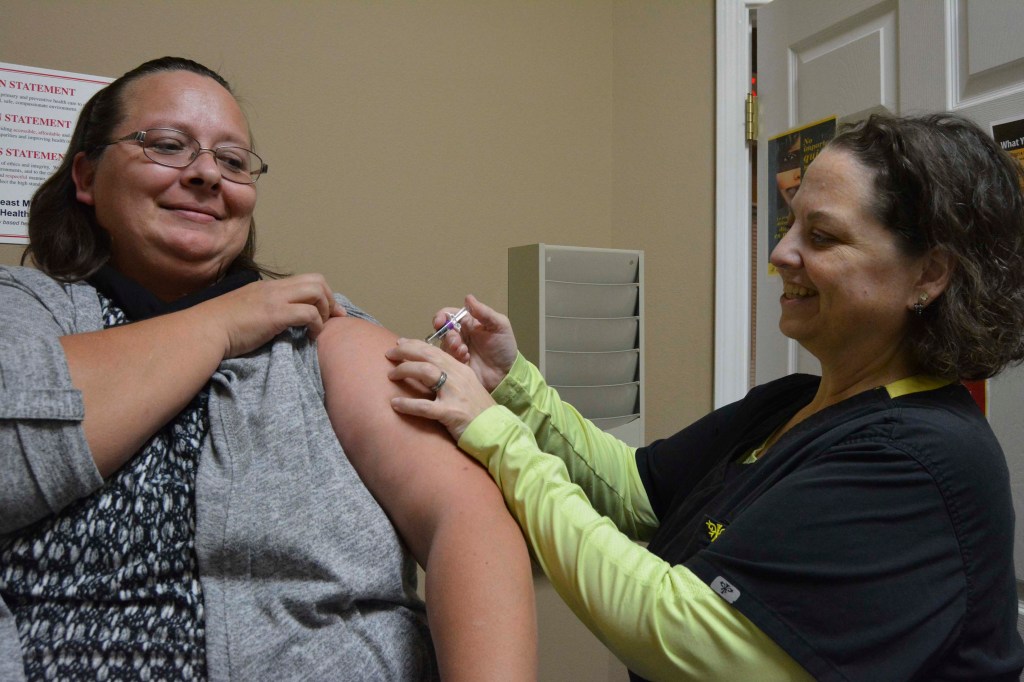 Influenza shots are now available at several clinics and hospitals within the county.

The flu shot is recommended for everyone 6-months and older.

Liz Sharlot, Director of Communications for the Mississippi State Department of Health, said cases of the flu started appearing a lot earlier than predicted.

“We typically see a large number of cases in December, January and February but this year it happened to come a little earlier,” Sharlot said.

She said that as the weather cools people tend to stay indoors making the flu more likely to be spread. Even with a vaccine, there is still a chance of contracting the flu.

Sharlot recommends everyone young and old be vaccinated, especially those with a low immune system and people with chronic diseases.

This year’s vaccine was developed based on strains seen in the previous year. Once the vaccine has been administered, the MSDH states it takes approximately two weeks to receive the full benefits.

“It can help prevent and make the chances of catching the flu less. People should try and get the vaccination before the symptoms begin…” said Patricia Durham, a nurse at Picayune Family Practice Clinic, which is part of Hattiesburg Clinic.

Durham said this year alone she and her coworkers have given 700 flu shots at the clinic in comparison to the 570 administered the previous year.

Common symptoms of the flu include body aches, fever and cough.

The MSDH advises anyone who thinks they have the flu to stay home. As a preventive measure, people are advised to cover their mouths when they cough and sneeze to avoid spreading the virus.