McDonald Funeral Home recognized for 100 years of being active 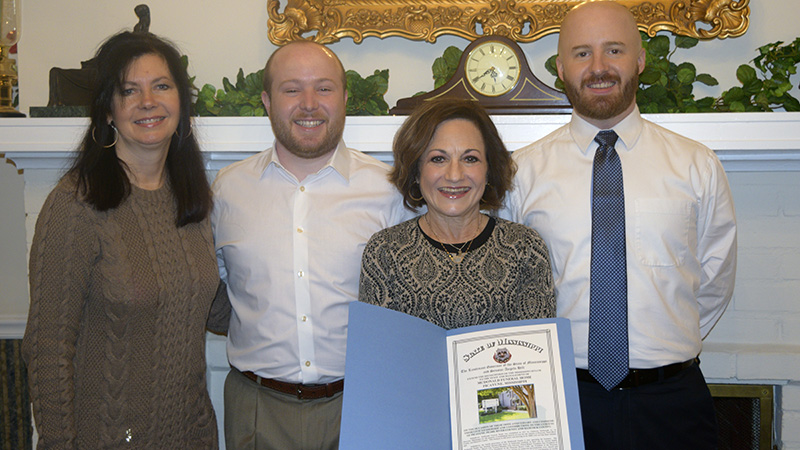 Stephen is the third generation of the McDonald family to own and operate the funeral home, which was founded by Claiborne McDonald in 1917, Stephen said.

After the death of Claiborne, ownership of the funeral home passed to Claiborne’s children, Tom and Claiborne McDonald III, Ann said.

Edith passed away in 2008, which is when Stephen and his wife took over ownership of the funeral home, Ann said.

“We decided to keep the funeral home within the family because we feel like we have all been raised in it and it’s a big part of our lives,” Stephen said.

Stephen said his grandfather, father and brother all worked and were raised in the business.

He sees the funeral home as a place where people can receive family oriented service during their hardest hours, rather than a business.

Hill said she became aware of the businesses’ 100th anniversary during a conversation with Kenny and wanted to do something special in order to commemorate the anniversary.

“The way Stephen, Ann and everyone on the staff take care of people during their worst hours, they are a blessing to the community,” Hill said.

Stephen said Stephen Jr. and Kenny will be the fourth generation to own the funeral home and they’ll continue to keep it in the family as long as possible.

“Both of them were raised in the business, they have helped for many years and they enjoy helping people,” Stephen said. “I also can’t say enough about my wife, she has done an amazing job and God has been really good to us.”