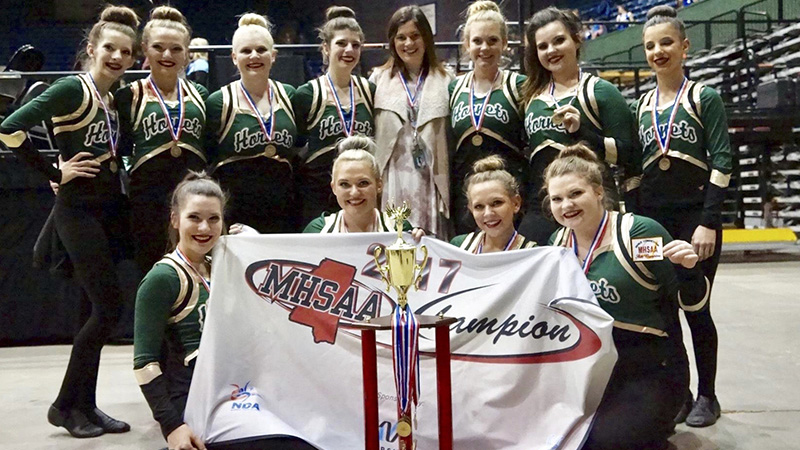 The Honeybees competed against 10 other dance teams from across Mississippi and finished in first place in the small varsity 1A-4A Pom division.

“I’m still very excited about our victory, everyone in the team worked hard to make this happen,” dance coach Morgan Smith said. “I also want to give a big thank you message to our choreographer Jonna Tomei, she helped us a lot to get ready for the competition.”

Smith said this was her first year coaching the dance team and while everything was a new experience, everyone on the team helped her improve as a coach along the way.

“Smith is a really good leader and she helped us improve every day,” captain Bailee Crider said. “After working really hard during the last couple of weeks, it felt great to be rewarded with a state championship.”

The Honeybees also finished in second place at dance camp over the summer, a tournament in which they previously never finished in the top three, Smith said.

“Crider was a vital part our success this year,” Smith said. “Every day, Crider and co-captain Gabrielle Lewis helped their teammates get better.”

Car hit by train while attempting to cross barricades