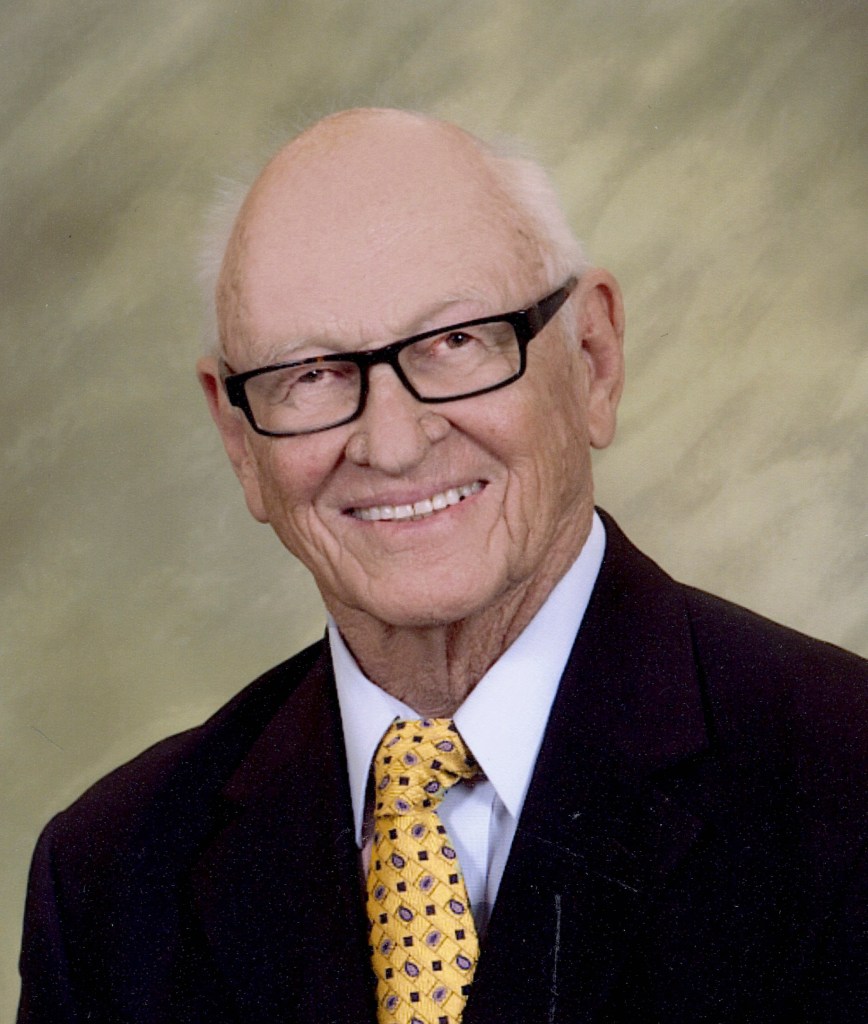 Floyd Henderson Furr, 88, passed away at the Highland Community Hospital on after a short illness. Floyd, a native of Picayune, Mississippi was born on September 26, 1929 to Floyd Dexter and Ava Smith Furr.  He was preceded in death by his parents and one sister, Gertrude “Trudy” Furr Rellstab.  Floyd is survived by his loving wife of 60 years, Ethel Mae Mitchell Furr, whom he married in 1957; as well as his three sons, Michael Henderson Furr, Brian Hamilton (Patty) Furr, and Steven Mitchell Furr; as well as two grandchildren, J.R. Scally of Washington, D.C. and Katie Scally Rapp, currently stationed with her husband, Major Christopher Rapp, U.S. Army, in Central Europe.  He is also survived by five great-grandchildren and many nephews, nieces and cousins. Visitation will be held on December 06, 2017 from 11 am until 1 pm at McDonald Funeral Home, with a Celebration of Life service in the McDonald Funeral Home Chapel at 1:00 pm. A graveside service will follow at New Palestine Cemetery.

Floyd, whose family history ties back to some of the earliest years of the town of Picayune, graduated from Picayune High School in 1948 before pursuing a job as a typesetter at the New Orleans Times Picayune newspaper where his father was employed.  He continued working for the newspaper for two years in order to earn college tuition for his Associate’s Degree, which he was awarded from Pearl River Junior College in Poplarville, Mississippi. Floyd counted his years at PRJC as critical to his later success in life and was awarded a Lifetime Achievement Award by Pearl River County Community College in April of 2013. He continued his education at Mississippi State University, where he was awarded a Bachelor of Science degree in Geology in 1956. He became a life-time supporter of both the PRCC Wildcat and Mississippi State University Bulldogs teams, often attending bowl games and Homecoming celebrations to show his love of both teams.

After graduation, Floyd and Ethel Mae moved to several small towns in the Houston, Texas area in order for Floyd to pursue his career as a geologist with Humble Oil.  He eventually relocated to New Orleans in 1964 to work for the American Oil Company. He counted Picayune as the best place to raise a family and relocated the family back to Picayune while he continued to commute to New Orleans working for Amoco Oil Company. He continued to work as a free-lance geologist with McMoran Oil Company, discovering a number of wildcat oil wells over the course of his very successful professional career. He was able to retire at the age of 55 in 1985, to enjoy traveling in the Western United States, Alaska, Canada, and parts of Europe.  Floyd also enjoyed researching his family genealogy tracing his family back many generations to his ancestors in Switzerland and Germany. He and his wife, Ethel Mae, were regular members of the Mississippi Seniors golf organization and traveled to tournaments in the Southeast region regularly.

Obituary, register book, and driving directions can be found at the internet page: www.mcdonaldfh.com.