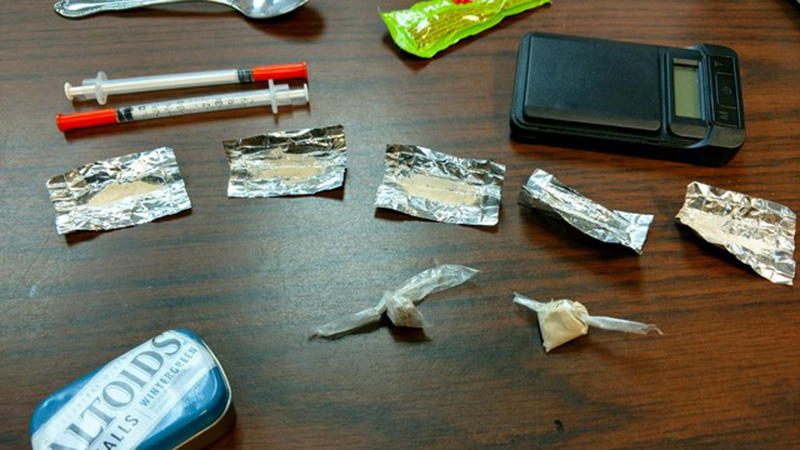 OFF THE STREETS: Above is some of the contraband confiscated during a routine safety checkpoint conducted by Picayune Police officers. Submitted photo

Two men were arrested at a safety checkpoint after Picayune Police officers found heroin and paraphernalia in their possession.

When the officer asked for Mitchell’s driver’s license, he was unable to provide it, leading to a check on NCIC, the report states.

While waiting on a response from NCIC, the officer spoke with Deloach, who appeared nervous, prompting the officer to ask him to exit vehicle and step to the rear where a pat down was conducted, the report states.

During the pat down, the officer found a syringe, digital scale and a spoon in his possession.

Mitchell was asked to exit the vehicle as well, at which time the officer observed Mitchell attempt to hide an unknown object in the driver’s seat and subsequently hold his hands behind his back.

After several requests by the officer for Mitchell to keep his hands where the officer could see them, Mitchell apparently dropped a metal tin to the ground that was later found to contain a substance suspected to be heroin in a plastic bag and inside several pieces of foil, the report states.

Neither Deloach nor Mitchell claimed ownership of the drug, the report states.

Local Veterans honored at Veterans Memorial in front of…