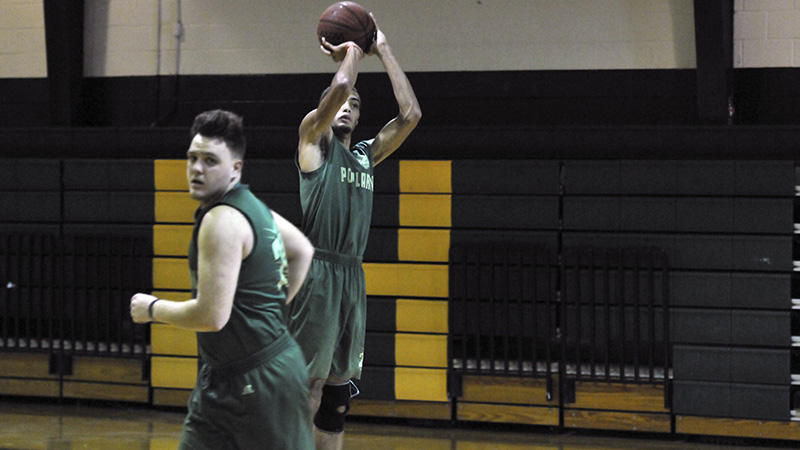 Poplarville’s basketball head coach Run Bowen will look to his seniors to lead a young-talented squad back to the state playoffs.

Bowen will be leading the Hornets this year, having taken over the job in late July.

“We’re young and on top of the fact that the kids are learning a new system,” Bowen said. “We’re going to face some rough patches throughout the season but these kids work hard, they’re resilient and we’ll get through it.”

The Hornets entered the tournament with the No. 2 seed of region 7-4A, but lost 52-49 in the first round against Newton County.

The Hornets lost several key players after graduation but Bowen will look to seniors Taylor Josey, Tyler Chislom and Jacob Landry to lead the team to success.

“My seniors have made a great effort in adjusting to our new playing style and even gotten better in their strengths,” Bowen said. “So far, the seniors have showed great leadership to help the team be successful.”

The Hornets will focus on sharing the ball and playing hard defense, Bowen said.

“When you have a young team, a lot of times you have many turnovers and we’ll look to minimize those as much as possible,” Bowen said. “We’re going to play an up-tempo style of basketball as we want to play 94-feet every second the clock is running. Our game plan will include getting down the court and playing hard-nose defense and playing team-offensive basketball.”

Midway through the season, Poplarville will compete in the Pearl High School Christmas Tournament, where they’ll face powerhouses Pearl and Florence High School.

“When I came to Poplarville, the schedule was almost complete but I still made a couple of adjustments by adding tougher teams, “Bowen said. “Florence is the pre-season favorite to win Class 4A and Pearl competes in Class 6A, so they’re both talented teams. We might struggle in those games but at the end, it’ll make us better.”

Despite not having many players with previous experience, seniors Josey, Landry and Chislom have set high-goals for themselves and the team.

“Our goal is to win district and to make it all the way,” Josey said. “This is a brotherhood and as long as everyone plays hard every day, we’ll be in a good position to win games.”

Poplarville will open its season on Nov. 25 when the team faces Lamar Christian School in the Pearl River Community College Thanksgiving Tournament.

“I’m excited to be here, we’ll get better as the season progresses and we’ll be playing our best basketball towards the beginning of the playoffs,” Bowen said.