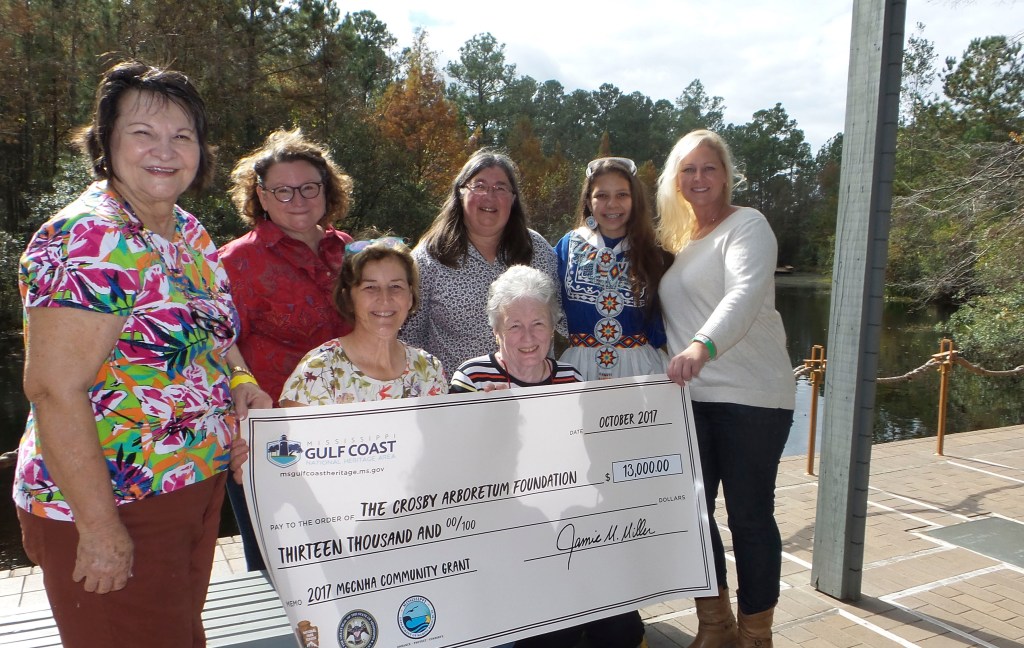 The grant was among 12 others given to across the state’s six southernmost counties of Hancock, Harrison, Jackson, George, Stone that totaled $179,800 to conserve and enhance the heritage of each county through stories, activities and partnerships with the goal of celebrating the history of each area, according to a press release from the Mississippi Gulf Coast National Heritage Area.

The grant was made possible by continued funding from Mississippi’s Legislature and Congressional appropriations to the National Park Services, Crosby Arboretum Director Pat Drackett said.

The grant will be used to host four major ecological and cultural festivals at the Arboretum, including the Piney Woods Heritage Festival, Forge Day, Strawberries and Cream Festival and a Nature Festival.

“One of the goals of the grant, which is certainly a public benefit, was to increase the community’s cultural and ecological understanding of the resources of the region represented by the arboretum,” said Crosby Arboretum Director Pat Drackett.

Drackett said the funding will also help increase the arboretum’s visibility and encourage tourists and community members alike to visit while forming lasting connection with the arboretum.

The Crosby Arboretum Foundation will work with a planning committee to redesign the four festivals to be more attractive to larger audiences by refurbishing the signs, installing historical markers, hosting interpretive guide training for heritage sites and promoting the Arboretum and other regional heritage and tourist sites, Drackett said.

“The grant is also allowing us to collect and transcribe digital and oral history recordings from community elders that will capture memories if early life in the surrounding area,” said Drackett.