Over the weekend, a nip in the air had comic book fans pulling their capes just a little tighter as a breeze blew in over the Mississippi River.

Fans from all over the world flooded into the Ernest N. Morial Convention Center

on Friday, January 8, for a weekend of geekery’s finest. With their arrival, New Orleans enjoyed its sixth year hosting a Wizard World Comic Con.

Out of dozens of Wizard Cons to take place this year in the greatest cities in our nation, New Orleans had the honor of kicking off 2016 in style. The event attracts some of pop culture’s most relevant celebrities. The Big Easy’s lineup this year included: Chris Evans, Jeremy Renner, Hayley Atwell (Captain America); Jenna Colema, Karen Gillan (Doctor Who); Ben McKenzie (Gotham, The O.C.); William Shatner (Star Trek, Boston Legal); and Jon Bernthal (Daredevil) — to name a few.

After Wizard World started hosting conventions in the 1990s, their events have proven to be an outlet for young and old to celebrate the best in pop-fi, pop culture, movies, television, cosplay, comics, graphic novels, toys, video gaming, sci-fi, gaming, original art, collectibles, and contests.

Wizard Cons are home to dozens of talented comic artists and writers, and because of this, many creative types find these events to be a safe haven where people of all backgrounds are united and free to express their inner nerd.

If you’re considering attending your first comic convention anytime soon, here are some tips to help you through the event.

1. Bring healthy food: Junk food seems to be the staple food group offered in most convention centers, so unless you’d consider eating somewhere around the city, it’s a good idea to pack protein bars, or pre-made sandwiches, or anything that isn’t pizza, hot dogs, potato chips, nachos, cookies, soda, and bottled water.

2. Be respectful: Cosplayers are people too and while they may look just like your favorite character, they’re still people dressed in costume who have feelings — just like you and me. Don’t overcrowd them, be polite; and if they’re dressed as your least favorite character (even one you really, really don’t like), there’s still no reason to snipe at things other people care about.

3. Wear comfortable shoes: It’s a painful lesson to learn, but there’s good chance you’ll spend a lot of time in lines and walking. It’s safe to say conventions aren’t the best place to break in a new pair of boots.

4. Have fun: There’s so much to see and do and while you may be an introvert who cringes at the thought of large crowds, you still came to have a good time. Plus, lines at Wizard World events are usually managed quite painlessly. So don’t stress, just have fun!

Can’t wait for 2017 to attend a con? If you’re up for the trip, consider visiting Portland, Oregon on Friday, February 19 to partake in the second Comic Con on Wizard World’s 2016 agenda. 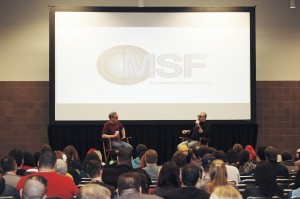 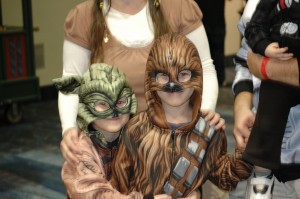 DO OR DO NOT… THERE IS NO TRY: Old friends, Yoda and Chewbacca are all smiles as they pause between meeting their favorite celebrities. 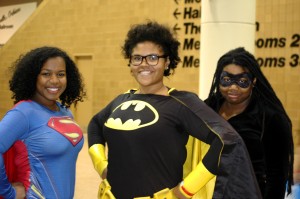 HERE TO SAVE THE DAY: This team of superhero gals show off their love of DC Comics to like-minded fans as they grab a bite to eat from the convention center’s food court. 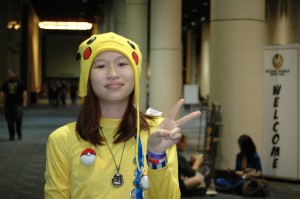 GOTTA CATCH ‘EM ALL: Waiting with her Poké Ball in the convention’s lobby, Pikachu spreads the love at Wizard World 2016. 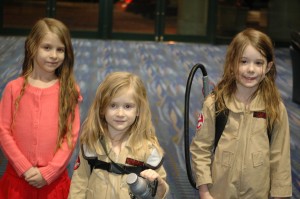 WHO YA GUNNA CALL?: If there’s something strange in your neighborhood… this pack of pint-size Ghostbusters are here to help and they “ain’t afraid of no ghosts.” 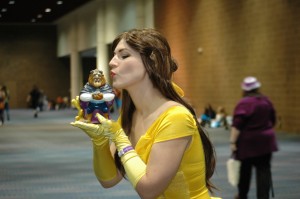 TALE AS OLD AS TIME: Belle, a book-nosed beauty, kisses her beast while taking a break between the convention’s events.

State’s sheriff’s association trying to get radar in deputies’…