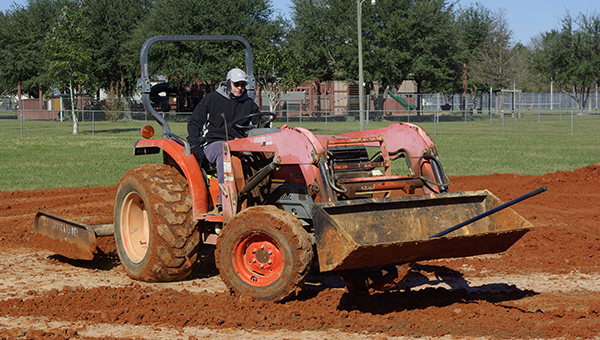 Adam said the baseball and softball fields at Friendship Park will be filled with regional teams this summer—and those teams will bring dollars to Picayune.

“This will be at least a quarter-of-a-million-dollar impact as far as the local economy,” Adam said. “There are three weekends in a row, starting in May, that well have over 100 teams in Picayune.”

In addition to sales tax and tourism tax revenue, the teams will also be paying the Parks Department usage fees for the fields, meaning that next year’s Parks Department budget will be less dependent on local tax dollars.

City Clerk Amber Hinton said if the money comes in early enough this year, the city council could transfer the Parks Department’s fees into the general fund, although she hastened to add that probably won’t happen.

“The money’s going to come late in the year, so this is probably going to be a next year’s budget issue,” she said.

Besides the ball fields—which are being improved in the weeks leading to tournament play—Adam said other parks will also be getting some work done. Adam said Ben Taylor Park will be getting a second pavilion soon, and the council also approved an additional $110,000 from a transportation grant that will go toward Crosby Commons improvements.

Councilman Wayne Gouguet pointed out that between MDOT grants and a grant from the Lower Pearl River Valley Authority, the project already has $710,000 set aside.

In other news, the board approved a CDBG grant for water distribution repairs in Precinct 4. The project is expected to cost $1.2 million, and the city will match the grant up to 60 percent.

The council decided to table a request to appoint a member to the city’s Planning Commission after Martha Sheppard resigned. Gouguet asked to table the motion because he didn’t have anyone in mind to replace Sheppard.

“The only reason we’re tabling it is because there’s no names on the table,” he said.