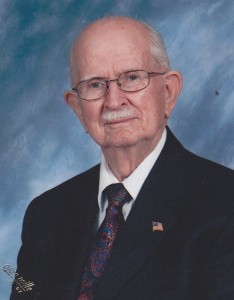 Paul Lincoln Nichols was born in Ames, Iowa to Harry E. and Mary Mears Nichols on September 29, 1923 and died at the Veteran’s Home in Collins, MS on August 29, 2014 at the age of 90. Mr. Nichols served his country proudly as a B-24 bomber Pilot in WWII where he flew over 43 missions in the SW Pacific. He received 5 Air Medals with the 5th Army Air Corps. After the war, Mr. Nichols had a long career with the aerospace program and retired in 1986 from Lockheed-Martin where he was employed as a quality control supervisor with the Space Shuttle Program at NASA. Mr. Nichols was a resident of the Picayune area from 1964-2006. He was preceded in death by his beloved wife of 60 years, Anne Bryant Nichols. His two brothers, Donald and John also preceded him in death. Two daughters, Jennifer Lynn Pirkl of Brighton, Colorado and Deborah Leigh Wheat of Petal, Mississippi survive him as well as 9 Grand Children, 10 Great-Grandchildren, and 2 Great-Great Grandchildren. A Memorial Service in his honor will be held at 2 p.m. on Saturday, September 13 at the Chapel of the First United Church of Picayune where he was a member for over 47 years. He will receive a military burial next to his wife Anne following the Memorial Service at New Palestine Cemetery. Mr. Nichols will be greatly missed by his family and all those who knew and loved him.