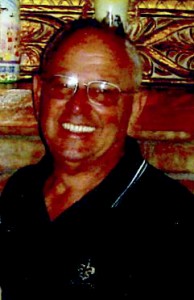 Burial will be in Biloxi National Cemetery, Wednesday, September 3, 2014 at 12:30 p.m. under the direction of McDonald Funeral Home.

A native of New Orleans, La., he was a General Contractor and a veteran of the United States Army. Charlie was a resident of Carriere for 18 years. He was a beloved husband, father, grandfather, and friend who will be truly missed.

He was preceded in death by his parents, James A. Sabella Sr. and Rita Sciortino Sabella.

In lieu of flowers, contributions may be made to the Disabled Veterans Association, HelpDAV.org/Donate.