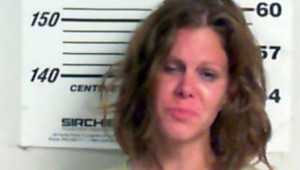 This week, a female suspect bit a Picayune police officer while being booked into jail.

At about 12:54 a.m. on August 26, Picayune police officers arrested 30-year-old Sarah Richard of 74 Ginger St. at the 2100 block of Hwy. 43 for an outstanding warrant held by the Picayune police department for failure to appear, Picayune Police Department Assistant Chief Jeremy Magri said.

After her arrest, Richard was transported to the criminal justice center, the assistant chief said.

Magri said that as a female officer attempted to conduct a thorough search of the arrestee, Richard became combative and began fighting with the female officer.

Another police officer heard the struggle and came to assist the female officer, Magri said.

The assistant chief said that during the struggle, Richard bit one of the officers on his left forearm, resulting in two lacerations.

Following the assault, officers were able to get Richard handcuffed and into custody, Magri said.

Richard was booked and incarcerated for the warrant and additionally charged with simple assault on a police officer, which is a felony, the assistant chief said.

Magri said the officer was taken to Highland Community Hospital where he was treated for his injuries and later released.