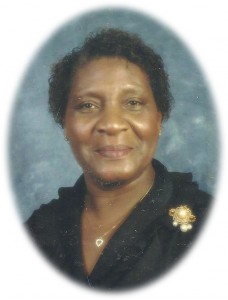 Funeral services for Norma Adams-Mingo, 81, of Picayune, will be held Tuesday, August 5, 2014 at 1 p.m. at Pleasant Valley Baptist Church. Apostle Johnny Ball will officiate at the service. Reverend Donald Parker is pastor.

Norma Lee Adams-Mingo was born May 16, 1933 in Magnolia, Miss. to the late Sherwood and Lillian Bates.

In 1942 Norma along with her family relocated to New Orleans, LA where she lived until the age of 19. As a young lady she moved to Chicago, Illinois where she lived for several years. Her next move would be to Picayune, Mississippi in 1954 where she would remain until her earthly departure.

Norma accepted Christ at an early age and joined Pleasant Valley Baptist Church under the leadership of the late Reverend E. L. Fox. At Pleasant Valley Norma served on the Usher Board faithfully until her health began to fail. Later she began fellowship with Christian Embassy Fellowship in Picayune under the leadership of Pastor Johnny Ball. In Picayune, Norma was employed at Crosby Memorial Hospital as Assistant Housekeeping Supervisor for 46 years. She retired from her duties in 2003. She was also a member of the Order of Eastern Star Deborah Chapter #2.

She enjoyed her family and neighbors.

Norma Adams-Mingo was united in holy matrimony to James Mingo on February 14, 2004.

Norma Lee Adams-Mingo made her final transition to her heavenly home on Wednesday, July 30, 2014. She is preceded in death by her parents; her husband, James Mingo, one son, Charles Ray (Blinky) Adams; one daughter, Donna “Pat” Adams; and one grandson, Larry Charles (Poncho) Griffin, Jr.

Visitation will be one hour prior to service. Interment will be in Picayune Cemetery. Entrusted to Brown’s Funeral Home.