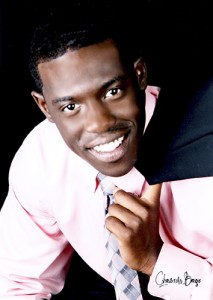 Kenneth Means, Sr. and Vessie Lynn Means were blessed with the birth of a handsome baby boy on February 2, 1990.  They named him Joshua O’Neal Means.  He was a graduate of Picayune Memorial High School Class of 2008.  Joshua was a member of the Picayune First United Pentecostal Church Junior Bible Quizzers Team.  While in High School, Josh was active in the show choir (Tidal Rave), Picayune Memorial High School Maroon Tide Football Team, and also a member of the Forensics Team.

Joshua was enlisted in the United States Army from June 2008 until December 2010 where he served in Camp Roberts, CA as a Supply Specialist.  His military achievements include:  Award recipient of the High Physical Training of the Cycle, Army Physical Fitness Test (APFT) at Fort Jackson Basic Combat Training Center of Excellence.  He was previously employed with Home Depot of Picayune as a Lot Technician.

Joshua O’Neal Means ended his earthly walk to begin his heavenly journey on Thursday, August 21, 2014 in Dallas, Texas.  He is preceded in death by his maternal grandfather, Alvin Daniel Richard; one uncle, Donald Ray Jones; and one aunt, Sharon Jones.

Interment will be in the Picayune Cemetery with Military Honors.   Entrusted to Brown’s Funeral Home.  brownsfuneralhomedirector@yahoo.com.  (601) 798-4469.