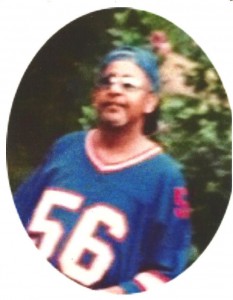 On May 22, 1957, Mr. Dwight Cornell Cooper was born to the late Mr. & Mrs. James and Nancy Mae Cooper. On August 16, 2014 his time on earth was completed and he entered into eternal rest, peacefully at the Forrest General Hospital in Hattiesburg, Miss. at the age of 57.

He was born and raised in Lumberton, MS and as a child was given the nickname of “Hump”. He joined the Morning Star Baptist Church and accepted Christ as his personal savior at a young age. During his youth, he was educated in the Lumberton School System and later joined the Job Corps. Dwight moved to Picayune as an adult where he resided until his death.

Dwight was a loyal brother, father, and grandfather and was devoted to his family. He was employed as a Landscaper and enjoyed fishing and socializing with family and friends.

Funeral services will be held on Friday, August 22, 2014, at 11:00 a.m at the Morning Star Baptist Church in Lumberton, Miss. where Rev. Lindsey McCullum is the Pastor. Rev. Robert C. Wilkes will be the officiating Minister. Visitation will be one hour prior to service. Interment will be at the Big Quarters Cemetery in Lumberton, Miss.