Woman shoplifts with child and gets busted for drugs A local woman was arrested for shoplifting and contributing to the delinquency of a minor at the Picayune Wal-Mart, on May 25, said Assistant Chief Jeremy Magri.

The woman, identified as Tania Russell, 25, of 110 Liddell Dr., in Picayune, was with her three-year-old child in the infant section. At that time an officer observed her to be removing hangers and tags from clothing and concealing them in a diaper bag, Magri said.

The officer then saw her remove tags from pair of shoes and hand them to her daughter to conceal inside her child’s tote bag, Magri said.

The officer then approached Russell and escorted her to the back office of store where he met with employees, Magri said.  A search of the diaper bag and the child’s tote bag revealed numerous items including hair bow packs, sleep wear, swimsuits, a ladies bra and girls clothing totaling $219.93, Magri said.

A check of Russell’s purse revealed she was in possession of prescription medication she did not have a prescription for, which were identified as hydrocodone and diazepam, Magri said.

Russell was taken into custody for shoplifting first offense, contributing to the delinquency of a minor and two counts of possession of a controlled substance, Magri said.

Russell’s child was released to a friend, Magri said. 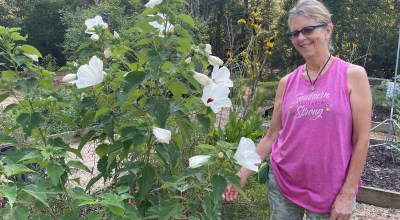 Inter-generational programs are a win-win