POPLARVILLE — A rarity in the circles of prep football will take place Thursday on the campus of Pearl River Community College.

All six high school head football coaches that won Mississippi state titles in December will be featured as part of the 2014 Wildcat Football Champions Clinic.

The one day affair will begin with registration at 7:30 a.m., At The Brownstone center, the same spot the event will take place at starting at 8 a.m.

Picayune head football coach Dodd Lee, whose Maroon Tide captured the Class 5A state title in exciting fashion, will be one of the featured speakers at the morning session. Lee will talk about the offensive strategy of the Maroon Tide, as well as developing a year around development program.

The clinic wraps up Thursday night.

“I think it will be a good thing for everyone involved,” second year Wildcat head coach William Jones said. “We certainly have some very good speakers.”

In addition to Lee, Bassfield head coach Lance Mancuso, another Pearl River County native, will be a featured speaker as well. His Yellow Jackets won the Class 2A state title this season. Mancuso will speak on the development of a Wing-T offensive attack.

One highlight for many of the attendees will be the appearance of New Orleans Saints assistant coach Wesley McGriff. McGriff, who coaches the Saints’ secondary, will talk about defensive back techniques to open the evening session of the event. A 23-year coaching veteran in the collegiate ranks, McGriff joined the Saints in 2013 as the club’s secondary coach. McGriff spent 2012 as co-defensive coordinator/cornerbacks at Ole Miss and also was the defensive coordinator at Vanderbilt. 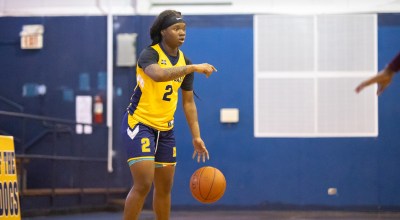