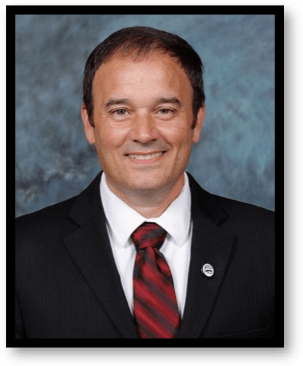 John Shows, who currently serves as the principal of West Lincoln Attendance Center (K-12), has beenappointed as the new superintendent of Pearl River County School District. The appointment of Mr.Shows came after a search process conducted by the Mississippi School Boards Association. The boardselected Mr. Shows after narrowing the list from 11 applicants to three finalists who were interviewed bythe board.

“During the search process, the board members remained focused on the criteria defined by the boardand the stakeholder groups,” said Jerry Frazier, PRCSD Board President. We have chosen a leader whohas a track record of success at both the elementary and secondary levels. His experience indicates thathe believes in developing strong relationships with all stakeholder groups and in an effective communica–tion strategy which involves both informing and listening.”

Mr. Shows has 22 years of experience in education, which includes serving as a teacher, coach, assistantprincipal, and principal. He began his career in DeSoto County School District as a teacher in 1999. Hewas a teacher and coach at Morton High School and at Mendenhall Jr. High School. He was an assistantprincipal and principal in the Tate County School District for seven years. While working there, he wasselected as Administrator of the Year in 2013 and 2015. He then served as a principal in the SenatobiaSchool District for one year before becoming principal of West Lincoln Attendance Center in Brookhavenin 2016.

In his capacity as principal, his school was the highest performing in Tate County from 2011 – 2015 and inLincoln County from 2016 – 2021. West Lincoln Attendance Center had an accountability rating of A forthe 2021-2022 school year. He is a proponent of data-driven and student-focused decision-making, Pro–fessional Learning Communities, goal setting through strategic planning, and a strong teacher evaluationsystem.

Mr. Shows is also familiar with the work of boards. He served as a board member and president of theboard in the Simpson County School District and is currently serving as a member of the Co-Lin Board ofTrustees.He is a graduate of Magee High School, where he was valedictorian. He received his B.A. degree in His–tory from Belhaven University and his Master’s degree in Education from the University of Southern Mis–sissippi.

Mr. Shows and his wife, Arina, have one daughter, Angelina, who is a freshman business major at Co-LinJr. College where she plays soccer. He also has a personal connection with Pearl River County. Hismother was born in Poplarville, MS and he has a sister who lives in Purvis, MS.Mr. Shows said of his appointment, “As a lifelong educator in Mississippi, I am excited about the opportu–nity to serve as the new superintendent in the Pearl River County School District. The district has a tradi–tion of excellence in academics as well as athletics and extracurricular activities. It has a great group ofstudents, teachers, staff, administrators, and parents, whom I look forward to meeting. My goal is ‘to cre–ate an environment where everyone can achieve their full potential today, tomorrow, and in the future’,

which is the district’s vision and is reflected in the district’s academic performance during the 2021-22school year. I look forward to working with our board members, district leaders, administrators, andteachers to build upon this strong foundation of excellence in education.”Mr. Shows will assume his leadership position as superintendent of the Pearl River County School Districton January 1, 2023