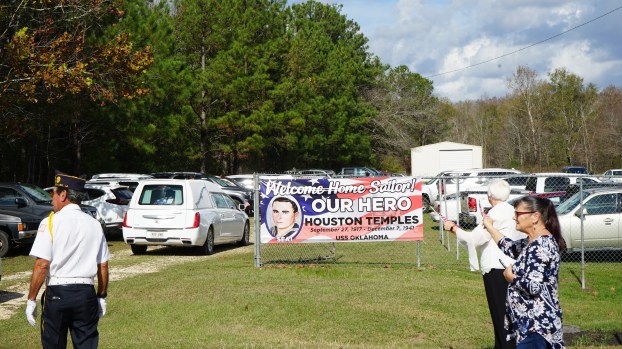 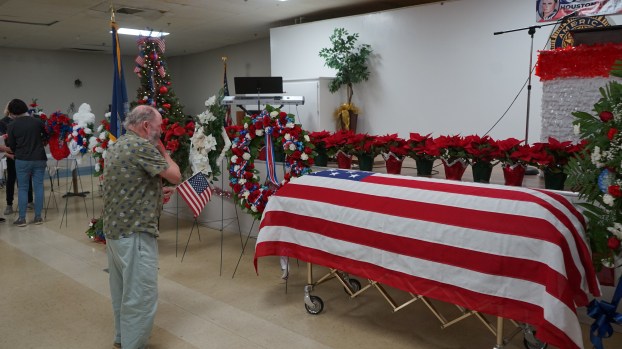 Seaman 1st Classman, Houston Temples who was KIA during the 1941 Pearl Harbor attacks can finally rest peacefully  in Bogalusa LA.

Temples was 22 years old when he traveled to New Orleans, LA, and enlisted in the United States Navy. During his time he served under the U.S.S. Oklahoma.

Said in his obituary, soon after Temples started his naval training in San Diego, CA, and was assigned to the U.S.S. Oklahoma (BB-37), a Nevada-class battleship with a length of 583 feet, and 2,166 sailors and marines manned the battleship.  Temples would have been trained in naval drill duties, steering, and signaling, as well as standing watch and proper gunnery usage.

At the birth of the December 7, 1941 attack, the U.S.S. Oklahoma was among the first ships to be attacked due to its position in the harbor in Honolulu, HI. The ship had suffered nine torpedo hits on its port side before falling to its watery grave. A total of 429 men were killed in action by the Imperial Japanese Navy surprise attack at Pearl Harbor.

From December 1941 to June 1944, The Department of the Navy buried the remains of the sailors in the Halawa and Nu’uanu Cemeteries. In 1966, Seaman 1st Class, Houston Temples was memorialized on the Tablets of the Missing and was awarded the Purple Heart posthumously.  His mother, Dixie Sheridan Temples, kept the Purple Heart always near her until she died in 1974.

On June of 2015, in hopes of identifying the fallen sailors, the Deputy Secretary of Defense directed the disinterment of the unidentified sailors buried at the The Punchbowl, Honolulu, HI. Fortunately Shelton Temples and his children had already donated their DNA to help identify Houston’s remains. On April 16, 2021, Houston Temples’ body was identified and was interred, with full Military Honors, in The Veteran Section of Ponemah Cemetery, Bogalusa, LA, on December 7, 2022.