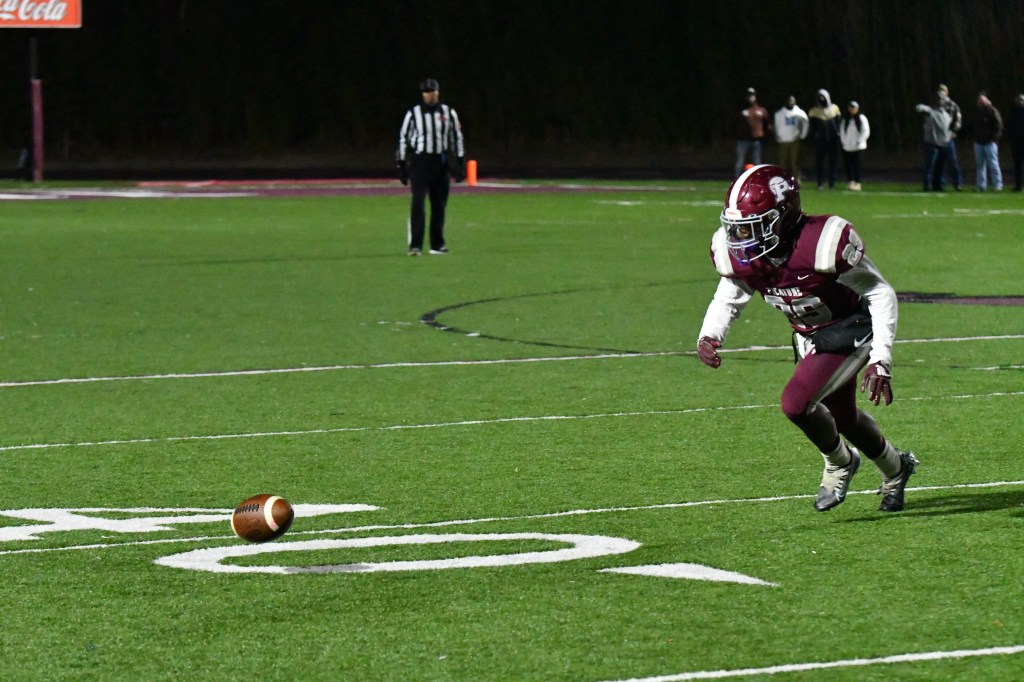 This Friday the Picayune Maroon Tide went all out in a fourth quarter comeback over the West Jones Mustangs.

West Jones took a 14-0 lead this quarter. At the 11:25 they went deep for a 78-yard touchdown pass. Their second touchdown was earned by their defense. A Maroon Tide fumble gave opportunity for West Jones to scoop and score.

Picayune’s first play of the quarter cracked their scoring drought. Dante Dowdell converted the 14-6 touchdown from 3 yards out. Morgan Craft knocked in the PAT. At 7:27 West Jones made a field goal to lead 17-7.

At the 10:11 mark, Picayune capped of a 10-play drive with a Dowdell touchdown run. Picayune’s defense made its stand and forced West Jones into a three and out. Picayune set up shop on the opposite 44-yard line. Eight plays later, Dowdell capped the drive with a 5-yard touchdown run for Picayune first lead of the game.

West Jones picked up a first down and was in Picayune territory with 2:30 remaining. On third down West Jones ran the ball but collided into three Picayune defenders and fumbled the ball. Nathan Hickman forced the fumble and Amarion Tyson was in on the action to scoop and scored the ball for a Picayune defensive touchdown. Picayune led 28-17 with 2:47 remaining. West Jones was stuck with a 4th and 20 with 90 seconds remaining in the game. They went for the air again and this time Jessiah Contee intercepted the pass and almost ran it back for a touchdown as he was stopped at the one-yard line.

Picayune kneeled the ball capping off the nights win at 28-17.