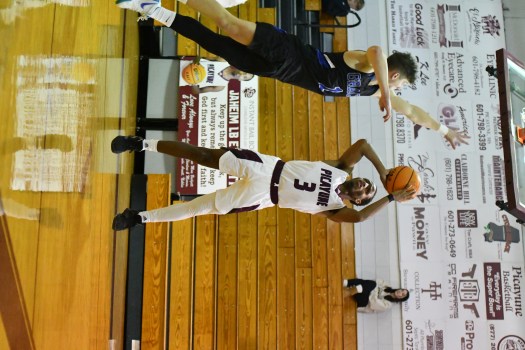 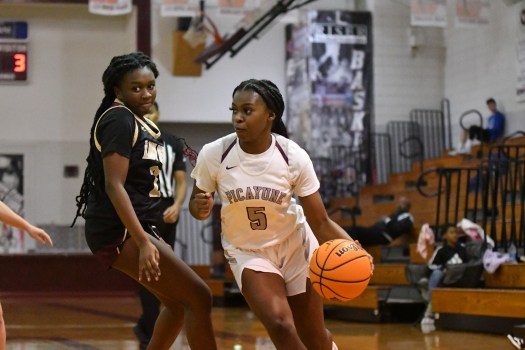 “Feel very comfortable about our win, I’m very excited about it, more so for the girls than anything… being able to put up over 20 points in a game is super exhilarating for those girls,” said Head Coach Shayla Goss.

The Lady Maroon Tide stunned the Rebels with an 11-0 run to begin the game. Raziyah Brown began the game converting 6/6 from the strike she also had a layups and Rhyen Goss knocked down a three-pointer. The Rebels finally got on the scoreboard after hitting a three at the 3:42 mark. At the and of the first quarter Picayune led 18-4.

In the second quarter was a even match both teams traded buckets but Picayune maintained their lead. at the half they led 29-13.

Picayune ended the third quarter up 38-20. Amyiah Mark was on the receiving end of two assisting buckets. In the fourth quarter Picayune closed out night on a 16-7 run. Marks helped by scoring six points and was glue on the rebounds. Brown lived at the strike all night. Se converted ¾ from the free-throw line and had a layup to go with it.

Brown finished with a game high 18 points, Marks had 14.

“We just got to keep setting small goals, we’re not looking way down the road, we’re looking at what we did tonight and what adjustments we can make,” said Goss.

Just like the Ladies, the boys lead big and early. It gave head coach Eric Vianney a chance to run his entire roster. Vianney said it was a prime opportunity for his younger players to get extensive playing time and for him to build a in game coaching connecting with those player. He hopes they took advantage of the opportunity and got better from it.

Picayune’s starting five built a good foundation for the second unit. Dakeith Quinn scored the opening points off a Jaden Hart assist. Josh Holmes assisted Troy Carter for a three, Hart had a offensive put back to lead 12-2. From there Quinn picked Grace Christians pocket and scored on the other end. Picayune ended the quarter up 20-4. After Homles’ second assist for a Jaheim Everett layup. In the second quarter Picayune’s led grew fast. Sanchez Goss hit a three-pointer but the Eagles answered with their own three to make the score 23-9. With 4:14 left Picayune grew its lead to 29-9. At halftime they led 37-13.

Picayune ended this half up 56-15. Five different Picayune players scored at least one point during this quarter. Everett and Alen Magee scored two points, Kamari Mark, and Troy Carter had two layups. The fourth quarter was very scoring one. Already with a huge lead Picayune tacked on four points to its final score as the Eagles added five.

With this win Picayune is now 2-5 on the season.