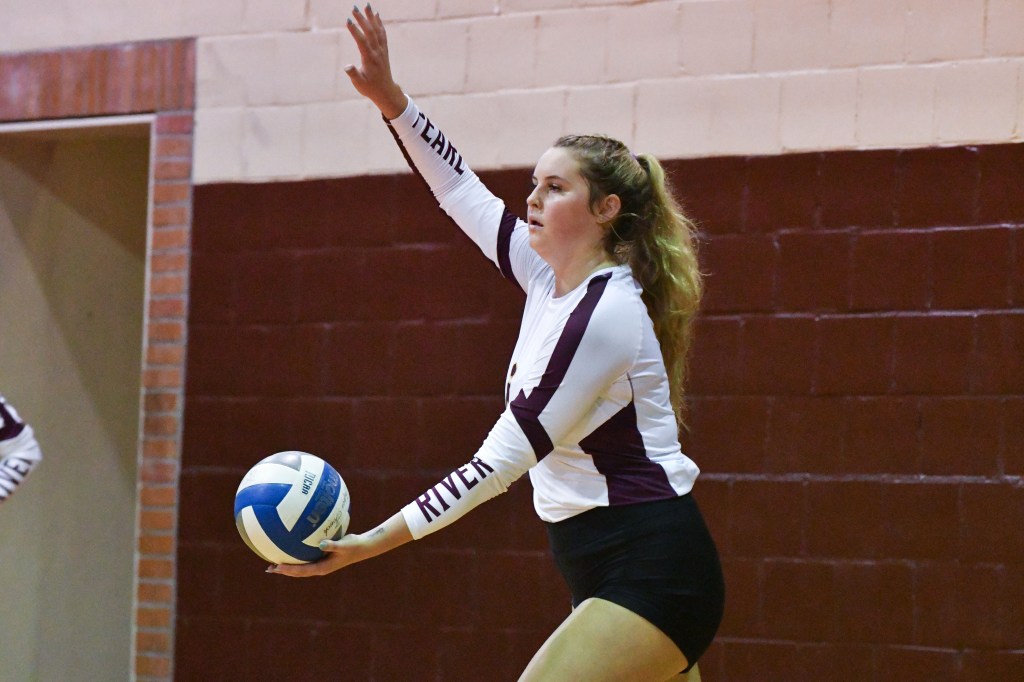 Gadsden State (8-10 overall) jumped out to an early 11-5 lead in set one, but Pearl River (16-9) was not fazed and battled within three at 13-9 thanks to a service run by Allison Carpenter (Ocean Springs) that included a Jasmine Burdine (Biloxi) kill.

The teams then traded points with the Cardinals holding on to a slim 18-15 lead.

Pearl River found some momentum after Sammie Smith (Biloxi; D’Iberville) registered a monstrous kill, sending the Wildcats on a run that gave them a 19-18 lead.

Gadsden State did not waiver and immediately recaptured the lead and never looked back, winning the set 25-21.

The teams opened set two on equal footing as neither side found the early momentum and were in a 4-4 deadlock.

The Cardinals eventually grabbed a small 7-4 lead, but the Wildcats responded after a service run from Anna Claire Sheffield (Canton; Jackson Academy). The run pushed PRCC ahead 11-7 and included two Sheffield aces as well as a Natalie Bartholomew (Brandon) kill.

The teams again exchanged scores with Pearl River able to hold on to the small momentum it had found. The Wildcats managed to hold off a late Cardinal rally to take set two 25-20.

Set three played out similarly to the previous two with neither team willing to give an inch and finding themselves deadlocked throughout most of the early going.

The Cardinals held a slim lead throughout a majority of the middle portion of set two despite the Wildcats getting a few more Bartholomew kills and a combination block by Sheffield and Abbie Franks (Ocean Springs).

Pearl River managed to rally late, but Gadsden State was able to hold off the comeback and claim the set 25-21.

The Cardinals hit the ground running to start set four by opening up an early 7-0 lead.

Shortly thereafter, the Wildcats began the process of slowly chipping away and the sizable deficit was eventually tied at 20-20 after another critical Smith kill.

The Cardinals reclaimed the lead 23-20, but Pearl River rallied again, this time completing a massive comeback to win the set and force set five by a score of 25-23.

The Wildcats picked up right where they left off at the end of set four by opening up an early 4-0 lead courtesy of a Jolee Gibson (Brandon) service run.

After a quick Cardinal response, Sara McKinney (Delaware, Okla; Oklahoma Union) blasted a ball off the hand of a defender for a kill to increase the lead to 5-1.

From there, the Cardinals began to chip into the early deficit and tied things 8-8 at the midway point of the set.

The Wildcats withstood the pressure and regained the lead thanks to a kill by Sheffield.

Gadsden State grabbed the lead late, but McKinney regained momentum for the Wildcats, blasting another kill of a diving defender’s arm to tie things at 14-14.

The Wildcats grabbed the next point to put pressure on the Cardinals and with the last kill attempt of the game, Pearl River wisely laid off of the ball and let it float out of play to claim the set and match by a final score of 16-14.

Pearl River returns to the friendly confines of Shivers Gymnasium on Sunday to host Bevill State. The match is set to get underway at 3 p.m.