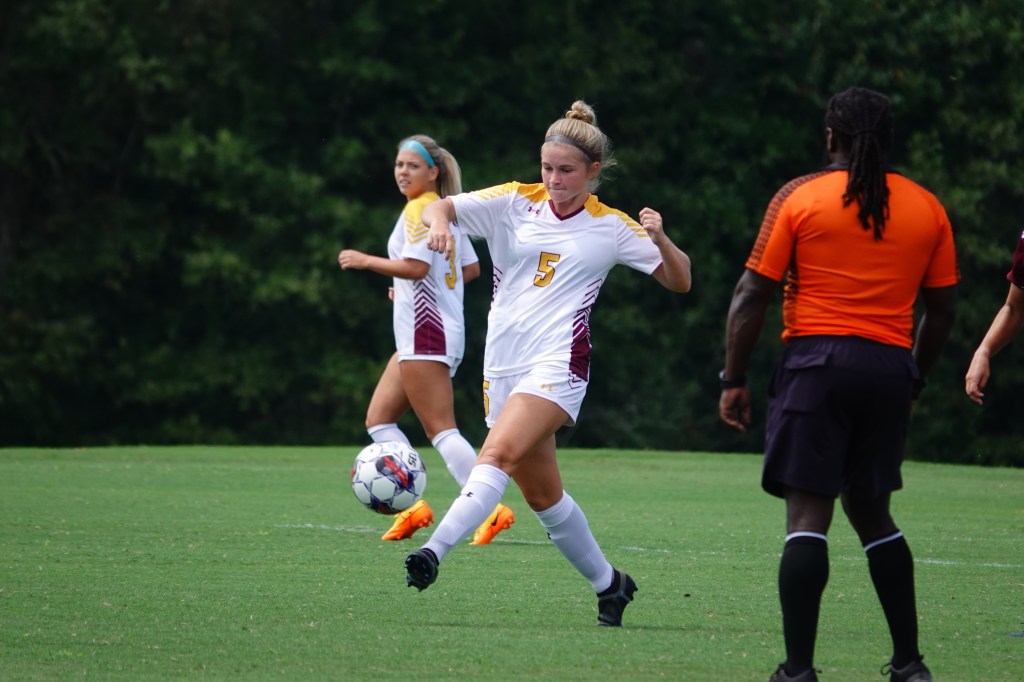 SENATOBIA, Miss. — The Pearl River women’s soccer team suffered its first setback of the 2022 campaign Friday, falling on the road against No. 10 Northwest 2-0.

“I think that the girls showed a lot of character and continued to battle,” head coach Henrik Madsen said. “Northwest was very good. We created some really good opportunities but weren’t able to find the back of the net. We just didn’t have the luck that we needed today.”

Pearl River (6-1-1 overall; 1-1-1 MACCC) nearly got on the board in the 18th minute of the evening. After earning a free kick, Alexis Cochran (Hurley; East Central) served a ball into the box. Lauren Bennett (Long Beach) came crashing in, but her header attempt fell just to the right of the near post and rolled out of bounds.

The Wildcats had another chance in the 39th minute, but Jess Harrison’s (Gulfport; St. Patrick) shot was caught by the Northwest (5-1-1; 1-1-1) goalkeeper.

PRCC’s last scoring chance of the first half came in the 41st minute but Bailey Smith (Gulfport) couldn’t find the back of the net.

Aníta Guðmundsdóttir (Kópavogur, Iceland.; Flensborg) kept the game scoreless right at the beginning of the second half as she came up on a corner kick and punched the ball out of danger.

The Rangers broke the scoreless contest in the 68th minute, picking up a goal to take a 1-0 lead.

15 minutes later, NWCC added an insurance goal to go ahead 2-0.

The Wildcats had several opportunities down the stretch but were unable to get on the scoresheet as they fell 2-0.

The Wildcats hit the road again Tuesday to take on East Central. The match against the Warriors is set to get underway at 5 p.m. and will be livestreamed at ECCCLive.com.