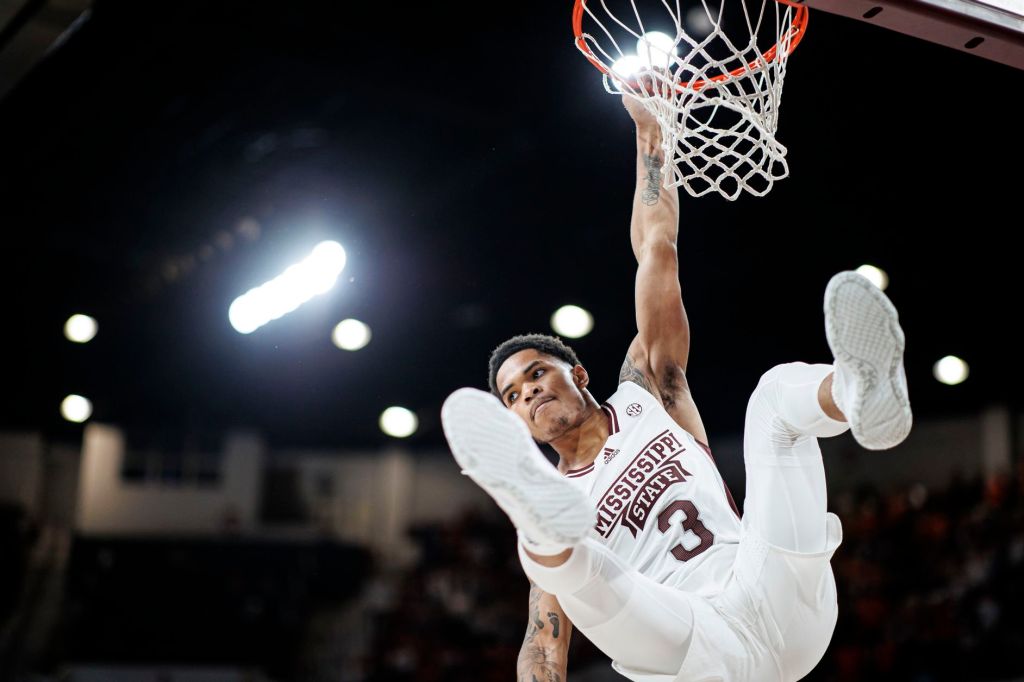 STARKVILLE, MS - March 02, 2022 - Mississippi State Guard Shakeel Moore (#3) during the game between the Auburn Tigers and the Mississippi State Bulldogs at Humphrey Coliseum in Starkville, MS. Photo By Austin Perryman

PHILADELPHIA, Pennsylvania – Mississippi State men’s basketball will make the trek north to ‘The City of Brotherly Love’ as the Bulldogs square off with Akron from the Mid-American Conference announced earlier this week by event organizers.

Tip time is on-tap for approximately 6 p.m. CT, and the game will be streamed online only at www.Barstool.tv/live. Toledo and UAB will proceed State’s matchup with Akron at 4 p.m. CT.

In less than 50 days, Mississippi State will open its 2022-23 campaign and play its first game of the Chris Jans era versus Texas A&M-Corpus Christi (Nov. 7), a 2022 NCAA Tournament participant from the Southland Conference, at Humphrey Coliseum.

Fans can purchase season tickets through Mississippi State’s Athletic Ticket Office starting as low as $155 at www.HailState.com/tickets or by calling (662) 325-2600/(888) 463-2947 (GO DAWGS) for the program’s much-anticipated first season under Coach Jans.

Akron has amassed a top four MAC finish in three consecutive seasons under sixth-year coach John Grace. The Zips won the 2019-20 MAC regular season title cut short by COVID-19 and nearly upset UCLA at last year’s NCAA Tournament. Akron has won both previous meetings over the Bulldogs during the 2005-06 and 2011-12 seasons.

Mississippi State’s non-conference slate is already highlighted by a Saturday SEC/Big 12 matchup with TCU (Jan. 28), a consensus top 25 preseason pick. The Bulldogs also have a return trip to Big Ten country to meet Minnesota (Dec. 11) to complete a home-and-home series.

Mississippi State will take on Marquette (Nov. 21) from the BIG EAST Conference, a program who has appeared in three of the last five NCAA Tournaments, to open the 2022 Fort Myers Tipoff. The Bulldogs also have a guaranteed matchup with either Georgia Tech or Utah (Nov. 23) in Fort Myers.

Mississippi State has a neutral site matchup with Drake (Dec. 20) who has averaged 23.8 wins per season going back to 2019-20 at Battle in the Vault hosted by Nebraska’s Pinnacle Bank Arena.

Once again, the Maroon and White is scheduled to play a non-conference game at Mississippi Coliseum in Jackson. The Bulldogs have traveled to the capital city during eight of the last nine seasons. Further details for State’s mid-December non-conference matchup in Jackson will be announced at a later date.