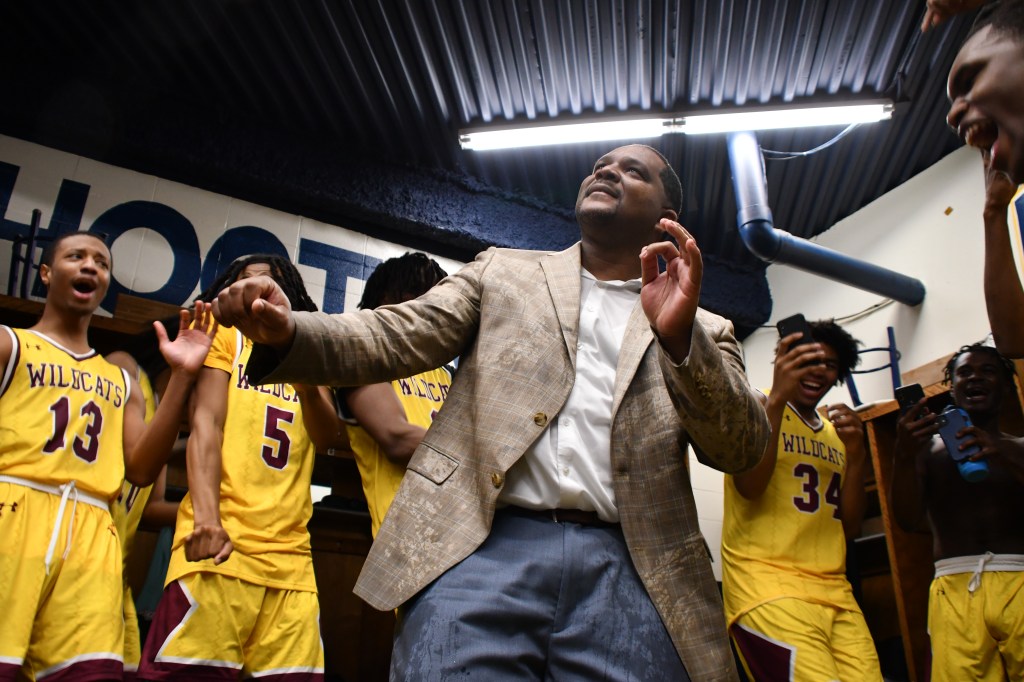 “Coach (Janard) Estell did a really good job recruiting,” Oney said. “We addressed some areas that we felt that we needed to go along with the returning pieces that we have. One of those things we were looking for was shooting ability. We now have some guys that can make shots from multiple positions unlike we’ve had in recent years.”

Baggett comes to Pearl River after playing his high school career at Starkville. During his senior season, Baggett led the Yellowjackets to 18 wins while averaging a phenomenal 18 points per game. The guard has the ability to make shots from multiple places on the court while playing good defense.

“He’s a tough-nosed kid and a really good defender,” Oney said. “He has the ability to make shots in bunches. We’re looking forward to him getting a chance to get out there and help us compete for another postseason run.”

A 6-foot-2 guard, Dismuke heads to PRCC after a stellar senior season at Columbus. He led the Falcons to 17 wins while averaging 11 points, five rebounds and four assists. He will be able to help out at the point guard position.

“Tre is a really mature basketball player,” Oney said. “He understands pace. I think that he’ll fit in good with Dylan Brumfield, giving us two really good point guards to go into the season with.”

Hill played his high school basketball at Berkmar High in Lilburn, Ga. As a senior, he averaged 15 points and pulled down five boards per game. He was ranked as the eighth best prospect in Georgia according to 247 sports. The publication also rated him a three-star prospect.

“I don’t want to put to much pressure on him, but I think he’s a freshman that has a ton of talent,” Oney said. “He probably has the most talent as a freshman coming in since I’ve been the head coach at Pearl River. It’s just a matter of him putting it all together. If he can continue to grow and keep his same mindset, two years from now we could be talking about him like some of the other great players who have come through. I’m looking forward to watching his growth.”

Redmond spent his prep career at Callaway. During his senior year with the Chargers, he averaged a double-double with 15 points and 10 rebounds per game. He comes to the Wildcats as a skilled rebounder.

“Dyllion is a 6-foot-8 kid who is full of potential,” Oney said. “He plays extremely hard and thinks every rebound should be his. That’s something that we needed after giving up nearly 30 rebounds in the our last two games last season. We felt like it was important to get a guy who plays with a lot of energy and rebounds the basketball.”

Harried also has experience in the MACCC after spending his freshman season at Mississippi Delta. In 24 games played, the 6-foot-3 guard averaged 4.9 points, 1.5 rebounds and 0.8 assists. Harried will be a versatile option for Pearl River.

“He’s a kid who can play a couple of different positions for us,” Oney said. “He has the ability to make shots and do things on the offensive end that we felt like we needed. I think he will fit in really well.”

Moore comes to Pearl River after playing his freshman season at Holmes. The 6-foot-7 forward played in 20 games for the Bulldogs, starting 11 of them. He finished the year averaging 4.2 points and 2.6 rebounds.

“Ty has experience in this league and started at Holmes. He played for Buck Flanigan who is a coach in this league that I really respect, so I know that Ty has been coached on how to compete and win basketball games at this level.

Nurhussein spent his freshman season with Highland Community College in Stephenson County, Ill. The 6-foot-9 Toronto, Canada native played in 27 games for the Cougars and averaged 5.4 points and 2.9 rebounds.

Nurhussein will be able to do a lot of different things on the court this season.

“Ayub is 6-foot-10 and can really, really stretch the floor. He reminds me a little bit of Noodle (Ankerion Gross),” Oney said. “He’s probably one of our best shooters on the team. We’re looking for big things from him. He’s a really good kid and plays really hard. He’s looking forward to getting a chance to play here. One of the reasons that he said he wanted to come here is because we win. He’s looking forward to helping us out and hopefully,we can continue the tradition that we’ve set.”

Rawls transfers to PRCC after a year with McNeese State. In limited action, the forward scored two points per game and brought in one rebound per game. Prior to signing with the Cowboys, the 6-foot-7 Rawls was a standout at East Marion.

“Caleb is a kid that we need to come in and be a really good player for us,” Oney said. “I think he has the ability to score around the basket which is something that we need after losing Jaronn (Wilkens) who was a two-time All-American. I think we will get Caleb going once we get him in shape and get his confidence up. He will really help us in the paint with scoring the baskets and making tough plays.”

Tatum will join the Wildcats with plenty of Division I playing experience, having been at Alabama A&M for part of two seasons.

Tatum played in just one game for the Bulldogs last season, picking up three points and two assists. As a freshman, the 6-foot-1 guard averaged 26.9 minutes, 8.8 points, 3.5 rebounds, 2.2 assists and 0.9 steals.

“Jevon can score in bunches. On the offensive end, he’s a guy that we’re looking forward to because he can go get his own shot and play well with other good players,” Oney said. “He had big games at Alabama A&M in the SWAC. A lot of coaches in the league had a lot of high opinions of him. I know that he’s looking forward to getting back out on the court and pushing his game even further. We’re going to need his scoring ability and his leadership.”