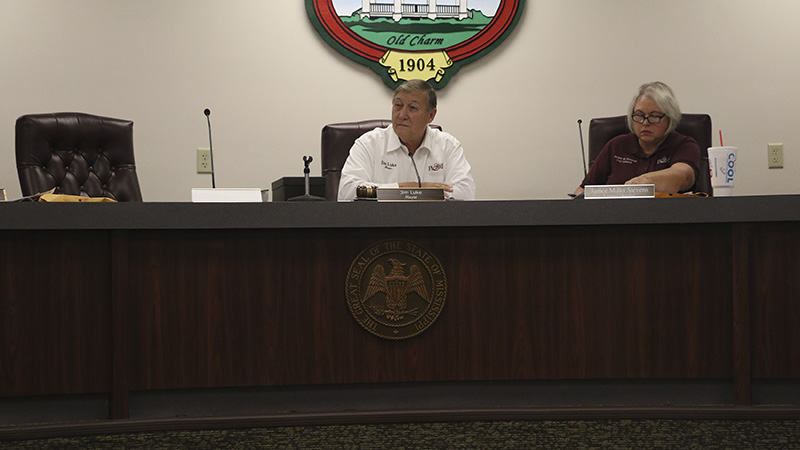 Former City Manager Freddy Drennan was absent from Tuesday’s meeting and the nameplate in front of that seat was blank. Drennan confirmed to the Item on Monday that he resigned from his job as city manager recently. His resignation appears to have been immediate. Photo by Jeremy Pittari

Tuesday night, Picayune’s City Council went into closed session to discuss the need for an executive session concerning a contractual matter for waste pickup, which is not an applicable reason to go into executive session under the open meetings act.

Mississippi Code 25-41-7 lists several reasons why a city or county government can enter executive session, but does not list contractual matters as a valid matter to be discussed in executive session.

After Councilor Larry Breland rescinded his motion to approve the bid, the Council approved a motion to take the bid under advisement as per Farmer’s recommendation and moved it to executive session.

Farmer said he expects the matter to be discussed further at a subsequent meeting in open session.