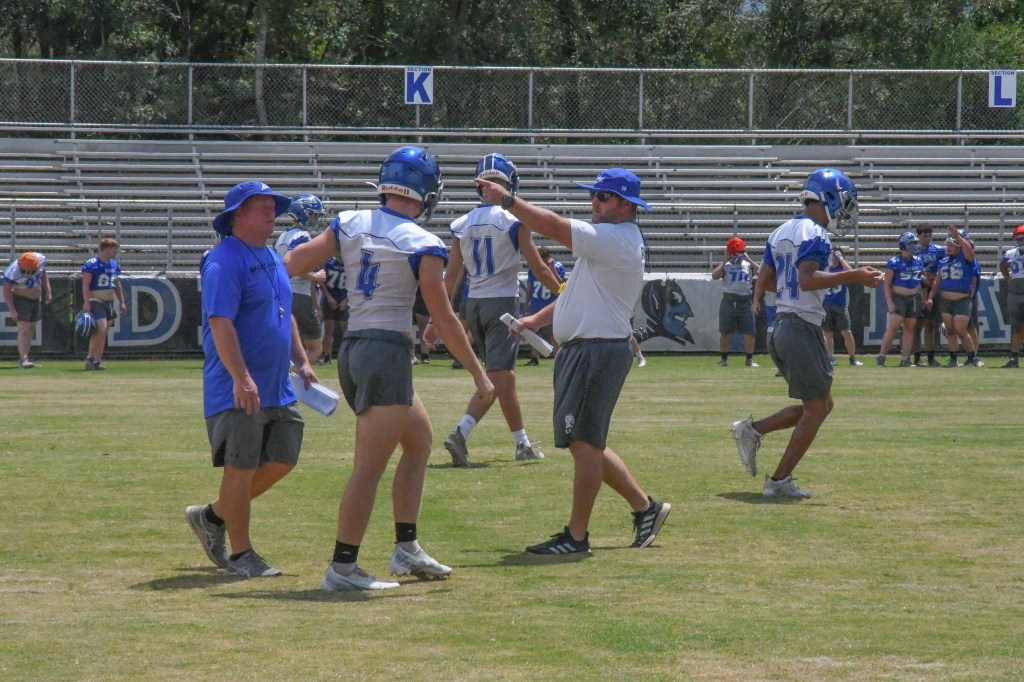 The Blue Devils are tired of coming up short in the playoffs and want to get over that hump with trust, positivity, confidence and more hard work.

“We’ve been on the fringe of making the playoffs the past couple of years and we’d like to get into the playoffs,” said Head Coach Jacob Owens.

In addition to making a playoff appearance, Pearl River Central High School’s varsity football team has another goal of building trust within the program.

Owens said the players will need to trust each other and have trust in the coaches if they want to make a playoff appearance.

A lot of that trust will be placed on their 15 seniors on the roster.

Josh Chauppetta, a senior safety, has played the past three years.

“I was like that at one point, I started my freshman year at varsity, it’s kind of crazy cause I see a lot, and now I have a lot of wisdom to give to the younger dudes coming up.”

Still with 15 seniors returning to the field, the Blue Devils roster leans more to the young and inexperienced side.

He and the coaching staff will have to depend on the younger players a lot this year, so they’ll have to grow up quick.

“We try to provide a positive environment for them, we’re in this together, we got to work as a team to reach our goal,” Trace Waguespack, a senior at defensive end, said.

Summer training has been good for the Blue Devils.

As a team, the Blue Devils have become more diverse offensively and defensively according to Owens.

A deeper bench gives Owens the opportunity to reach deeper into his playbook this season and widened what the Blue Devils are capable of this season.

“It’s not going to be the same ole same ole,” he said.

With the first week of practice already underway, Owens has some open positions that are up for grabs. He hopes to solidify the roster for those positions by the end of week 4.

Currently the Blue Devils are strong at the linebacker, receiver, guard and backfield positions. In the other positions, the potential is high, they’re just young and need experience.

“Finding the right 11 is always a challenge… but I think it’s exciting and it makes you pay more attention as a coach. It makes the players train more and play harder and compete,” said Owens.

Chauppetta and Waguespack said they want a winning record, and to make the playoffs this season.

“Show them these past three years we’ve been working really hard, we just haven’t been able to accomplish the goals we wanted to accomplish yet. This is the year to make it happen,” said Chauppetta.

Waguespack said the team has built a really good work ethic and culture, now it’s time to put it down on paper.

“But we’re always grinding… we’ve been working hard and we want everybody to see that,” said Waguespack.