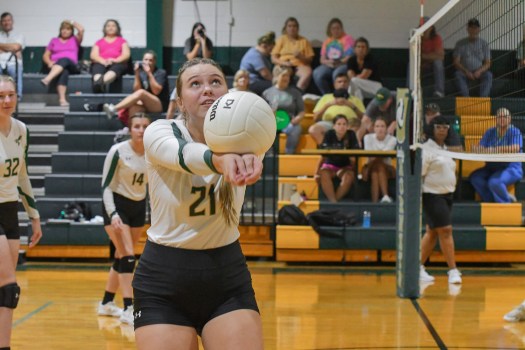 Sarah Bilon bumps the ball during the Lady Hornets' 3-0 sweep against the Lumberton Panthers on Tuesday Aug. 15. 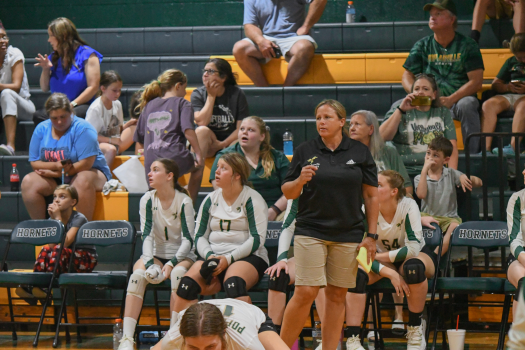 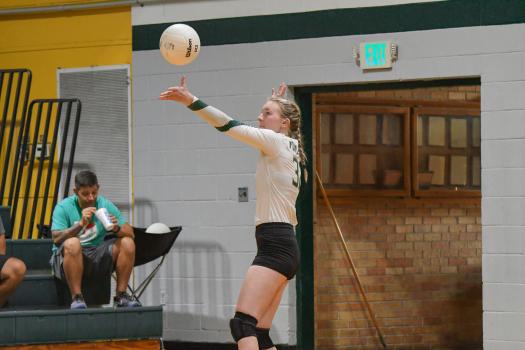 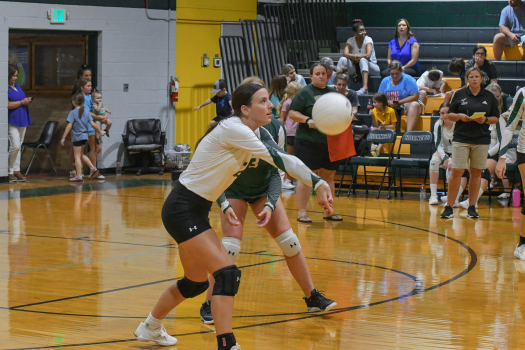 The Poplarville Lady Hornets got their buzz back following a sweep against the Lumberton Panthers (1-2).

The Lady Hornets are now 2-1 on the season. Monday’s match up against the Panthers was a truly dominant performance. Their serving was unstoppable with 25 total aces and they capitalized on putting the ball down with a total of 18 kills.

When asked about the team’s severs, Head Coach Amanda Lander said 25 is a very good number to have.

“I was impressed with their serving tonight, they looked pretty good and that was my favorite part of the night,” she said.

Set one was over quickly. Poplarville jumped to a 20-2 lead behind a Rayelin Davis kill, an ace by Lendy Crider and five consecutive aces from Caroline Phares. Lumberton’s score reached to four after a Lady Hornets error and a Panthers spike. At 22-4 the Panthers made an error and Lady Hornets’ Carli McCurdy answered with an ace to bring the lead to 24-4. The set concluded with a Hornets error giving the Panthers their fifth point, but a McCurdy spike ended the set 25-5.

Set two was a more competitive match. Crider opened the set with a kill, and Sarah Bolin’s ace helped the Lady Hornets lead 3-0. Both teams tied at 4-4 when the Panthers capitalized on errors and aces. From this point the Lady Hornets separated from the Panthers by growing their lead to 11-4 off of two kills and two aces. When the score reached 14-8, Ashleigh King put up six consecutive aces for a 20-8 lead. The last six exchanges went as follows; Lumberton scored off a Poplarville error, Crider responded with a kill and Bolin assisted Bri Burt for her first kill of the night. Then Lily Tynes finished the set with back-to-back-to-back aces, putting the score at 25-9.

In set three, the Lady Hornets jumped to an 11-2 lead. The Panthers found a little rhythm but were kept at bay since the team never reached under a four-point deficit. Later in the set, the Lady Hornets found themselves up 20-11. The final sequence went as follows, a Panthers’ error, two aces by Bolin then back-to-back errors by the Panthers to close the game at 25-11.

Ladner, composed as always, said she really enjoyed the win. She wasn’t content, saying there’s still areas in the game her Lady Hornets need to iron out.

“I’m happy we got to win, but of course there’s always stuff that we can keep working on, especially our communication… other than that I’m overall pleased, but we got to keep working,” said Ladner.