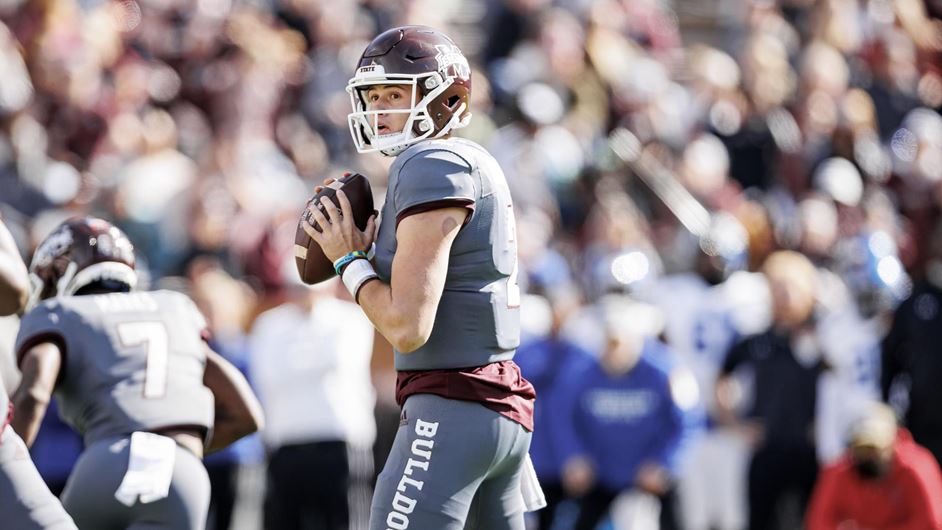 STARKVILLE – Following a record-breaking sophomore season, Mississippi State quarterback Will Rogers will enter his junior year in the running for the 86th Maxwell Award, which is presented annually to the outstanding player in college football.

Rogers has been placed on the watch list for the Maxwell Award, which has been presented to the College Player of the Year since 1937 and is named in honor of Robert “Tiny” Maxwell who was a former standout at the Swarthmore College and a renowned sportswriter and football official.

As a sophomore in 2021, Rogers led the SEC in passing yards per game (364.5) and finished third in the FBS in total passing yards (4,739). His 4,739 passing yards were the third most in SEC single-season history, while he ranked second in the SEC and seventh in the nation in passing touchdowns (36).

After breaking nearly every freshman passing mark in MSU history in 2020, Rogers broke 25 more records during his sophomore season in 2021, including Dak Prescott’s records for single-season total offense, passing yards and passing touchdowns that Prescott set as a fourth-year junior and fifth-year senior. Rogers finished the 2021 the regular season with a streak of 10 straight 300-plus yard passing games.

Mississippi State is set to begin the 2022 campaign on Saturday, Sept. 3, when the Bulldogs host the Memphis Tigers in a 6:30 p.m. game at Davis Wade Stadium. Season tickets are on sale now at HailState.com/tickets, by calling 1-888-GO-DAWGS or in person at the MSU Athletic Ticket Office on the first floor of the Bryan Athletic Administration Building (288 Lakeview Drive).

For more information on the Bulldog football program, visit HailState.com, or search for “HailStateFB” on Twitter, Instagramand Facebook.