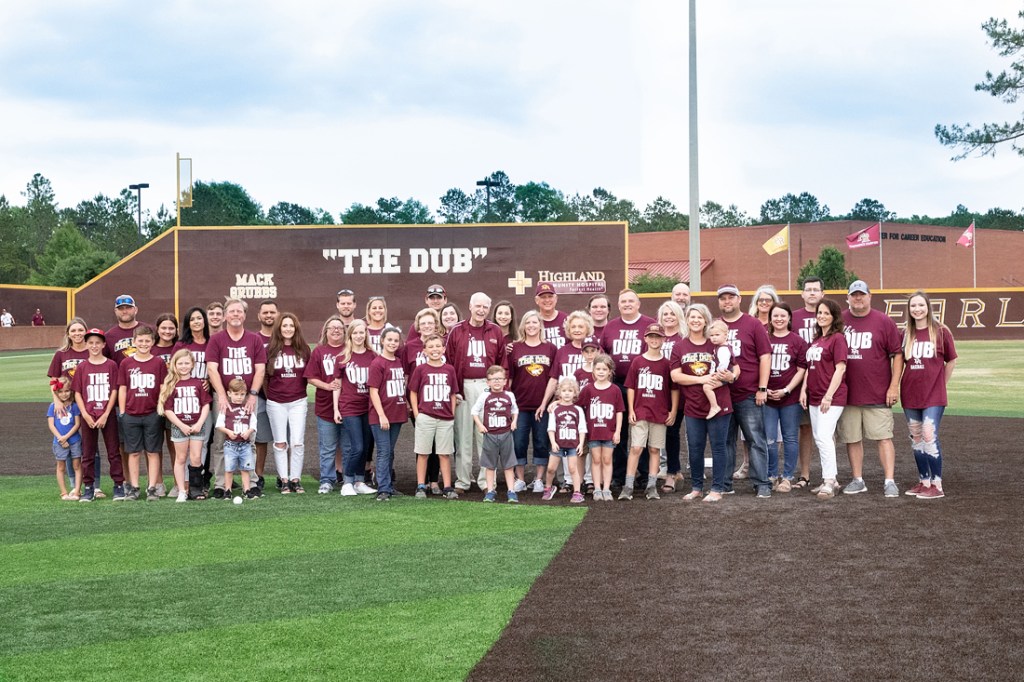 POPLARVILLE, Miss. — Pearl River Community College will honor one of its greatest champions July 29 when it presents Dub Herring with the inaugural Spirit of a Wildcat Award at the Hall of Fame ceremony at Hollywood Casino & Resort Gulf Coast in Bay St. Louis.

Herring is a long-time supporter of PRCC and has been a constant of The River’s community for decades.

“Mr. Herring has been a pillar in our community for as long as I can remember. He’s a man of immense integrity and embodies everything we want in our student-athletes to emulate,” PRCC President Dr. Adam Breerwood said. “He’s a man who has done so much for Pearl River Community College and PRCC athletics and has provided so many opportunities for generations to attend Pearl River.

“It’s a true honor to be able to recognize Mr. Herring as the very first recipient of the Spirit of a Wildcat Award.”

Herring’s generosity has especially been felt through the PRCC Alumni Association and Development Foundation by way of a generous endowment that has positively affected the lives of countless Wildcats. Herring has also been an avid supporter of The River’s athletics programs. In 2019, the Wildcats named their baseball field Dub Herring Park and held a dedication ceremony at “The Dub” in Herring’s honor. During the ceremony, Herring was surrounded by his family. His grandson, Andy Harper, who played and coached for the Wildcats, threw out the ceremonial first pitch that night.

“When you think of Pearl River Community Colleges athletics, a few things come to mind; Championships and excellence. Dub Herring and his generous family have allowed Pearl River Community College athletics to be elite with his servant leadership,” PRCC Athletics Director Scotty Fletcher said. “Paw Paw is a first-class citizen, businessman, husband, father, grandfather. He has touched many lives as it relates to Wildcat athletics. The heartfelt stories resonate deeply in our community and especially on our campus.

“This is another great honor for Paw Paw and his name to be etched in our rich sports history as his heart truly reflects the spirit of the river.”

The award will be presented to an individual or entity who personifies all it means to be a Wildcat and has gone above and beyond to support athletics at The River. The award is meant to be the highest honor bestowed upon a non-athlete, coach or employee at the Hall of Fame ceremony.

Affectionately known throughout the state as “Mr. Dub” or “Paw-Paw”, the Grenada native had a modest beginning in the business world as a shoe shiner and newspaper boy at only 9 years old. By 17, Herring was a corpsman in the U.S. Navy during the Korean Conflict before returning home and attending Holmes Community College on a football scholarship. Following school, Herring was a postal clerk and mail carrier before moving into the car industry as a salesman and then general manager.

In 1978, Herring opened Dub Herring Ford-Lincoln-Mercury and later Dub Herring Chrysler-Dodge-Jeep in Picayune. His slogan — “That’s a good car, Paw-Paw!” — quickly caught on and resonated with anyone within earshot of the jingle.

In 1992, Herring got into the RV business, creating Paw Paw’s Camper City.

In 1999, PRCC honored Herring with the Distinguished Service Award. Holmes C.C. followed suit the next year.

Additionally, Herring has been honored with numerous awards, including the Picayune Citizen of the Year in 1993, the Time Magazine/Goodyear Mississippi Dealer of the Year in ’99 and the Good Scout Award in 2017. He also served as Mississippi’s coordinator for the Lay Renewal Ministry and Co-Founder and Director of Day Star Ministries, a facility specializing in the care and education of abused women; and was the founder of Jacob’s Well Women Ministry, which is a rehab center for women battling addictions to drugs and alcohol.

Throughout the years, Herring has been a popular guest speaker at Pearl River, imparting his wisdom on the next generation of Wildcats.

In 2011, Herring honored PRCC when he served as the college’s commencement speaker. Although he was not a graduate of PRCC, The River presented Herring with an honorary degree.

In 2013, Herring spoke to a room full of business students. He provided the capacity crowd with his keys to success: 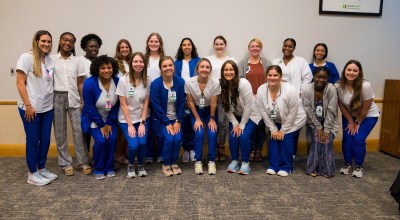 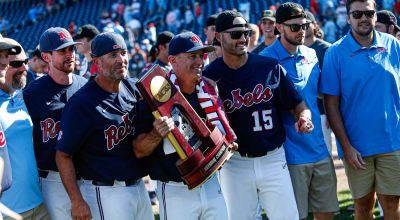