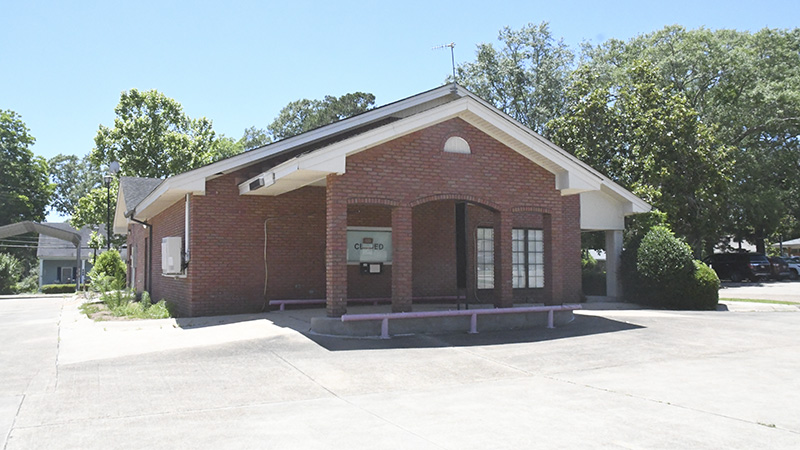 This building once housed the offices of Mississippi Power in Poplarville, but has been renovated to suit the needs of the Poplarville Police Department. Police Chief Daniel Collier expects he and his staff to occupy the building in the next week or two. Photo by David Thornton Jr.

The Poplarville Police Department is nearing the full transition to its new station. With the approval of the Poplarville Board of Aldermen the city purchased the old Mississippi Power building located in the middle of town to be converted into the Department’s hub of operations.

The move was needed due to the current building’s state of disrepair.

“Where we currently are is starting to fall apart, the last couple of wind storms blew shingles off, and it’s got two air conditioning systems, one went out, and we’re starting to get some rot on some of the exterior stuff,” said Poplarville Police Chief Daniel Collier.

He addressed the Board about getting the necessary items fixed and provided quotes suggesting the city would need about $30,000. Collier was then asked by the Board if he was interested in moving the department to a newer facility and that’s where the Mississippi Power building was discussed. The building was purchased by the city back in October of 2021.

When Collier toured the building he said everything was in order.

Collier said the city signed the contract in mid February and everyone in the Department is excited to get into the bigger building.

However, the new facility wasn’t moved-in ready. It needed some small fixes like outside touches and removal of some rot on the building, but the police officers rolled up their sleeves and fixed or cleaned up the building.

“We just gathered up some of my guys, and we’d go over there and work a couple hours on the weekend or whatever. We kind of took it apart and put it back together,” said Collier.

Collier said he and his fellow officers are looking forward to operating out of a much bigger, better and newer location.

“It’s definitely a start in the a right direction,” he said.

Collier said he will hold a grand opening of the new station at a later date.