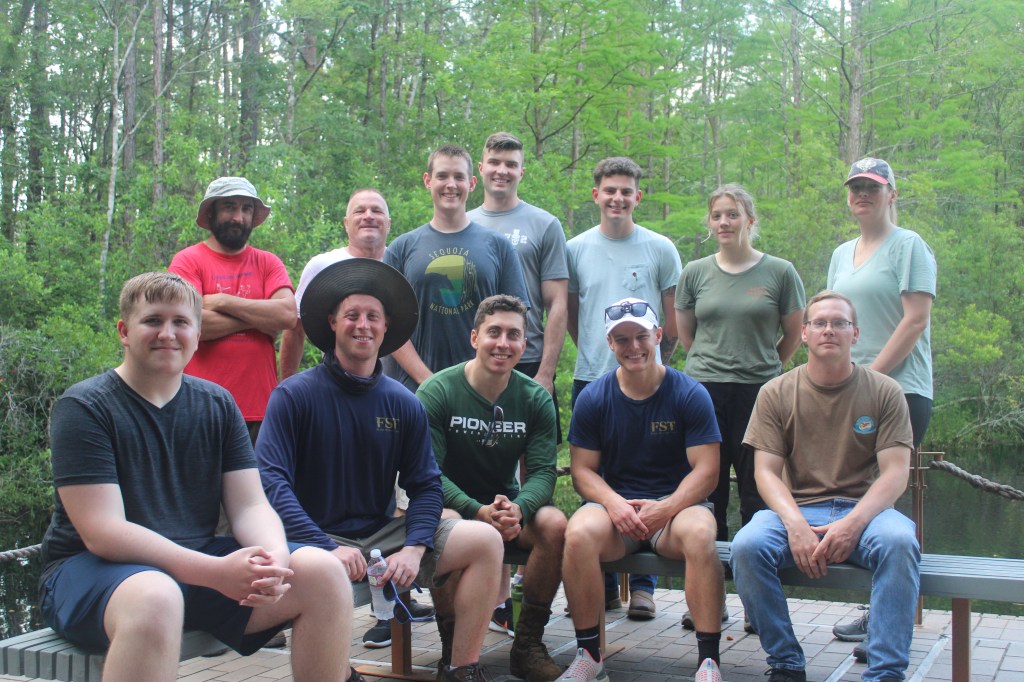 With the help of the Fleet Survey Team at the Stennis Space Center, the Crosby Arboretum got some free cleaning and some minor renovation work completed.

With new grounds keeper Forrest Blass and retired grounds keeper Terry Johnson at the lead, the group of 12 got started on the day’s projects. They painted fences, grinded and painted the metal bridges, and raked leaves along walking trails. They also built a trench towards the back of the Arboretum in preparation for the installation of a water line.

Fleet members, LTJG Lackey and LTJG Bowman built the trench and installed the water line. LTJG Sawyer painted the fences and AG Polk and AN Palmer, raked the leaves.

Blass and Johnson said they appreciated the help the fleet provided. This is a sample of the projects that go on in the Arboretum to maintain the facility. There will be more controlled burns in the upcoming months, along with several other small projects.

Amanda Newbill, Nissan of Picayune Teacher of the Week