Council to conduct survey for potential railroad overpass in city 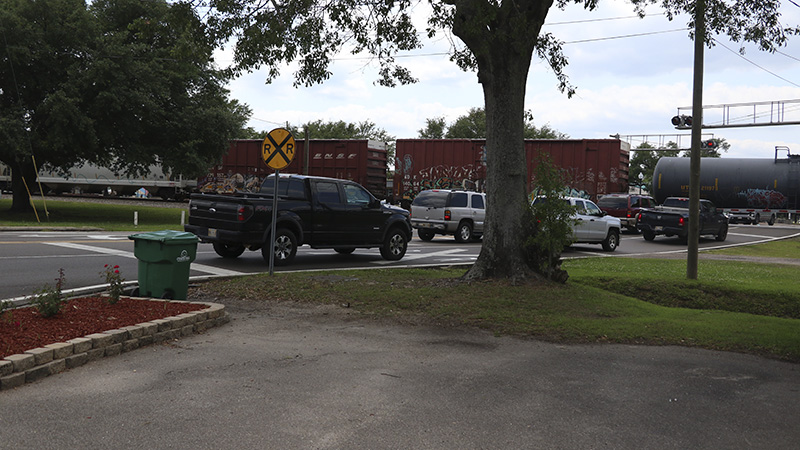 Cars wait for a train to pass through Picayune. At times the trains will block the crossings for up to an hour while waiting to switch tracks or unload a delivery. Photo by Jeremy Pittari

During last week’s meeting of the City Council in Picayune, a motion was passed to seek funding that could be used to determine if an overpass could be built over the rail road tracks in the middle of town.

Public Works Director Eric Morris said the city approving that motion to adopt the emergency road and bridge repair funds resolution puts the city in line to get the first funding source to conduct engineering to determine where such an over pass would be constructed.

Councilor Larry Breland said when trains are parked on the tracks, at times all crossings from the east side of town to the west can remain blocked for up to 30 minutes or even an hour. That blockage can create life and death situations when emergency vehicles need to cross.

Picayune Police Chief Joe Quave said he appreciates the donation and the partnership the two departments have. City Manager Freddy Drennan said the donation will ensure that all officers in the local department have access to computers while on patrol. Drenann said he contacted the Slidell Police Department to request the donation when he learned it was upgrading its computers. He said the computers are called Toughbooks due to their sturdy construction, which is a benefit for officers in their line of work.