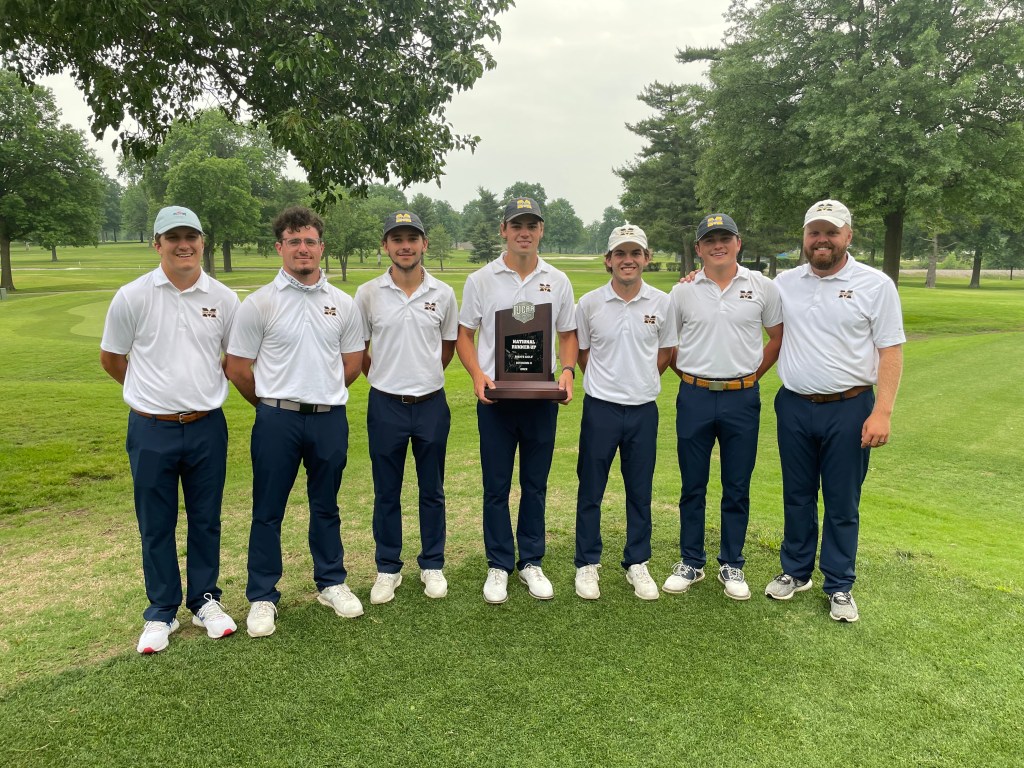 JOPLIN, Mo. — Mississippi Gulf Coast completed a stunning run up the leaderboard when the Bulldogs reversed their fortunes on their most vexing hole to win a playoff for second in the NJCAA Division II Men’s Golf Championship on Friday.

“We did not have our best stuff this week, especially on the greens,” Gulf Coast coach Brad Thornton said. “I think each day, we had a player struggle and the other four stepped up. Collectively, it was a gritty performance to get a second place out of this tournament. We’re pleased with that and excited to bring that finish back to Gulf Coast.”

Gulf Coast and Tyler finished the 72nd hole tied for second, 19 shots behind national champion South Mountain. They were sent back out on the first hole for the playoff, which might have been an intimidating setting. After playing the back nine in the morning to finish the rain-delayed third round, the Bulldogs piled up three double bogeys and a birdie on No. 1.

The second time around was much different.

“It’s a tough first tee shot,” Alessio Graziani said. “It’s narrow. There’s trees down the right and (railroad tracks) down the left. It’s an intimidating hole. When it came down to the playoff, we had the mindset of we either win it or we lose it so let’s give it everything we’ve got.”

Graziani (Fr., Johannesburg, South Africa/Beaulieu College) birdied it for the second time Friday and all four of his teammates made par. Tyler had a bogey and four pars, giving the Bulldogs the bigger trophy.

Graziani shot a stellar 1-under in the fourth round on a very windy Twin Hills Golf Club course. To say it was blustery who be an understatement. There were sustained wind up to 30 mph, with gusts more than 40 mph.

“It felt like I was playing back home,” he said. “We’ve got a golf course that’s super windy all the time by the coast. I just tried to play like I play there here, and it came out quite nicely. I played the shots really well.”

Graziani and David Beard (Fr., Madison/Madison Central) finished at 12-over to earn NJCAA All-American Honorable Mention. Gulf Coast picked up its second-ever runner-up finish by having its two leading scorers tied for 21st.

To put that in perspective, Gulf Coast finished third in the 2015 NJCAA Championship in Scottsboro, Ala., with two golfers tied for second.

“We all helped this week,” Beard said. “That’s what helped us get a high finish as a team.”

It’s the sixth top-three finish for Gulf Coast in the last eight national championships. The Bulldogs won the title in 2018, were runners-up the year before and finished third in 2014, 2015 and 2019.

“It’s awesome,” Thornton said. “All the thanks in the world to (former head coach) Tommy (Snell) for his help in this transition and coming back on the staff as an assistant coach. Between our guys buying in to what we want to do and our winning culture here, I know we didn’t get the win this week and would have liked to have played a little better, but this was very respectable for these guys. I couldn’t be more thankful to have them with me.”