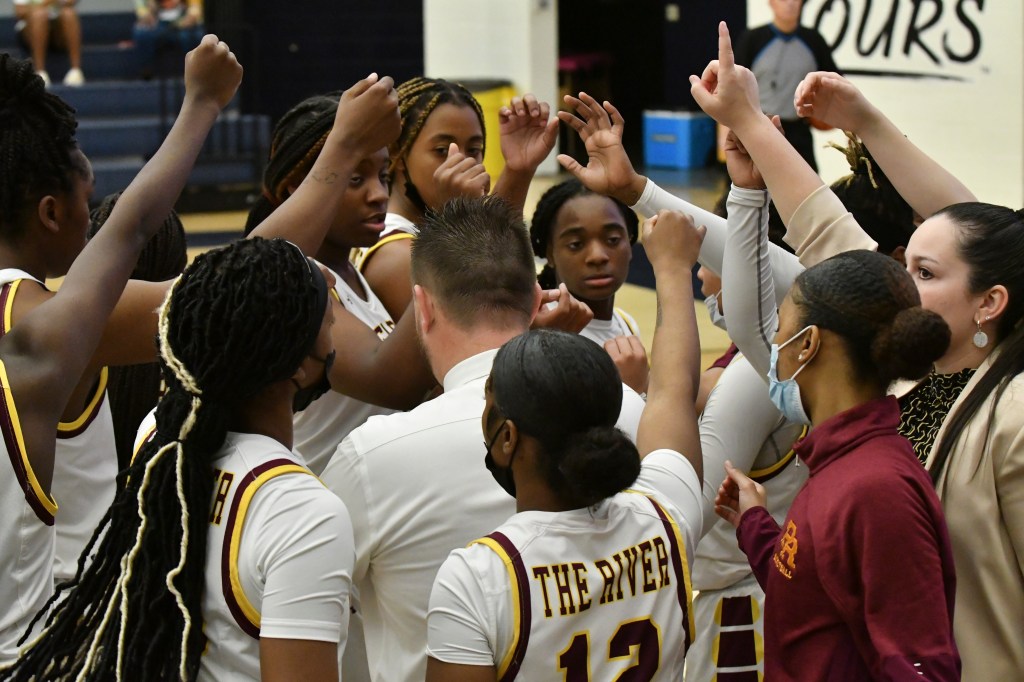 “I’m so proud of these young women,” head coach Scotty Fletcher said. “Their character is through the roof, they’re soldiers, they’re winners and they’re conference champions. In a 14-game regular season, to go 12-2 with two overtime losses speaks volumes. I’m just so proud of them. They fought extremely hard and took our program to a new height this year.”

AT-LARGE BID
Pearl River (22-6 overall) has a chance to be selected for an at-large bid after a phenomenal 2021-22 season. The Wildcats finished the year with a 22-6 record and won the MACCC regular season championship for the first time since 1994. The Wildcats ended the year as one of the stingiest defensive teams in the country, holding teams to just 32.5 percent from the field which placed them third in the NJCAA. They were also 13th in the country in points allowed per game, giving up just 53.1.

The tournament field will be announced tomorrow at 5:30 p.m. at NJCAA.com/network.

FIRST QUARTER
Jones College (21-6) was the first team to get on the score board, but Pearl River equalized instantly as Keshunti Nichols (Pearl) fought to get an offensive rebound and putback.

A little bit later, Brandy Scott (Hammond, La.) turned defense into offense by poking a ball away from the JC defender and taking it down court for an easy layup, giving the Wildcats a 6-4 lead.

The Bobcats grabbed a 12-8 lead later in the quarter, but then Tristen Washington (Gonzales, La.; East Ascension) sliced into the lead. Nichols dashed into the lane before passing off to the wide-open Washington in the corner who promptly knocked down the 3-pointer to make the score 12-11.

SECOND QUARTER
Washington gave the Wildcats the lead instantly in the second quarter, draining a 3-pointer from the top of the key to go on top 14-12, but Jones College responded by knocking down one of their own to grab the lead right back, 15-14.

The score continued to go back-and-forth for the entirety of the quarter as eight lead changes took place before Jones College took its largest lead of the half at 27-22.

The Wildcats were able to scratch back into the game thanks to Reed. The guard first drove in from the wing and got a layup to fall before making both of her free-throw attempts to make the score 27-26 Jones College after the halftime buzzer sounded.

THIRD QUARTER
Every Wildcat point was matched by a Bobcat point in the third quarter as it wasn’t until about midway through the quarter that the Wildcats took its first lead of the half at 37-36 after a Marcavia Shavers (BiloxI) layup.

The Bobcats fought back to take a 46-42 lead into the last quarter of the night.

FOURTH QUARTER
The Wildcats tied things up 46-46 right after the fourth quarter started as Ty’Mesha Reed (Meridian) drove the lane, passed around a defender to Nichols for an easy layup.

Jones College took the lead back on a 3-pointer and closed out the game with a 69-59 win.

STATISTICALLY SPEAKING
Reed led the Wildcats in scoring with 15 points. Scott was second on the team with 12 points. Washington and Shavers tied for third with 11 points.

Nichols hauled in 12 boards and Shavers brought in nine.