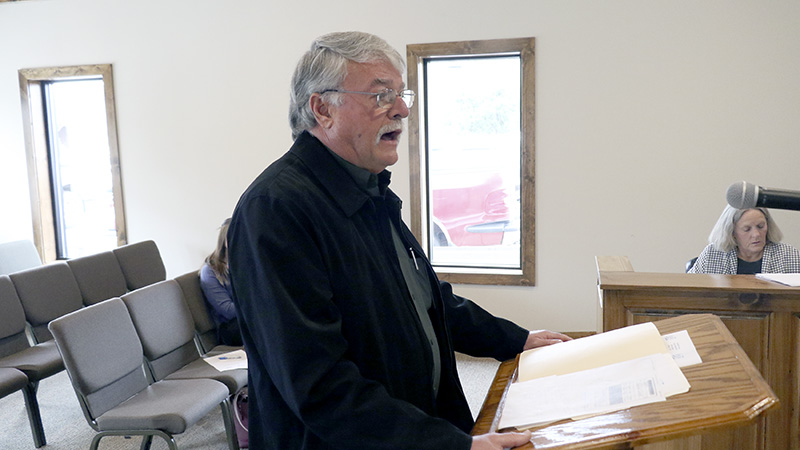 Pearl River County Sheriff David Allison has some concerns about the county and city opting in to the medical marijuana program. Photo by Jeremy Pittari

With local governments contemplating whether to opt in or out of the state’s new medical marijuana program, Pearl River County Sheriff David Allison and Picayune Police Chief Joe Quave have some points of view to share with the public from a law enforcement perspective.

Allison said the topic is not whether medical marijuana should be legal, since the bill signed by Gov. Tate Reeves earlier this month has already decided that, but whether the governing bodies within Pearl River County and the municipalities should opt in. Opting into the program will only mean dispensaries and grow sites can be established in each respective area that opts in.

One of the issues Allison and Quave see is that local leaders across the state have been tasked with deciding if they want to opt in without knowing what rules and regulations the Mississippi Department of Revenue and Mississippi State Department of Health will set forth. Both state entities have longer than the May 2 deadline allotted to county and city governments.

Allison said he is also concerned whether dispensaries and grow sites will be established in remote areas of the county, such as Henleyfield, Steephollow and Crossroads.

With a lack of zoning in the county, Allison said that if the county decides to opt in, there would be no regulation as to where a dispensary or grow site could be established since a majority of the county is considered agricultural. Cities have a bit more control since zoning is already established. That could potentially lead to those facilities being established in more remote areas.

Allison said that when the initiative was put on the ballot, he was led to believe that card holders would get their prescriptions filled at pharmacies, which have security measures in place.

Allison said with Pearl River County leading the state in the number of drug addictions and overdoses per capita, he wonders how the population will respond to access to medical marijuana.

The only positive aspect of opting in Allison sees is that the creation of dispensaries and grow sites will create more jobs, but there are currently a number of open jobs still unfilled at this point in time.

“I think the bad outweighs the good on this,” Allison said.

Quave said he would like to see the Council approach this decision with caution, especially until they know what rules and regulations are formed by the state’s Department of Revenue and Department of Health.

There is also the concern of people obtaining or creating fraudulent cards in an effort to illegally obtain medical marijuana, not just for personal use but more so as a source to acquire the substance to resell.

Qauve is also concerned that this move by the state will lead to a subsequent effort by the public to make recreational use of marijuana legal in Mississippi. He also has questions as to how the smoke free ordinance in the city of Picayune will apply to the use of medical marijuana.

For the time being, Allison said he would like to see all governing bodies in the county opt out.

“Just because we opt out now, a year from now we can always opt in, “ Allison said.

Allison asks community members who have concerns about the program to share them with their local elected officials.