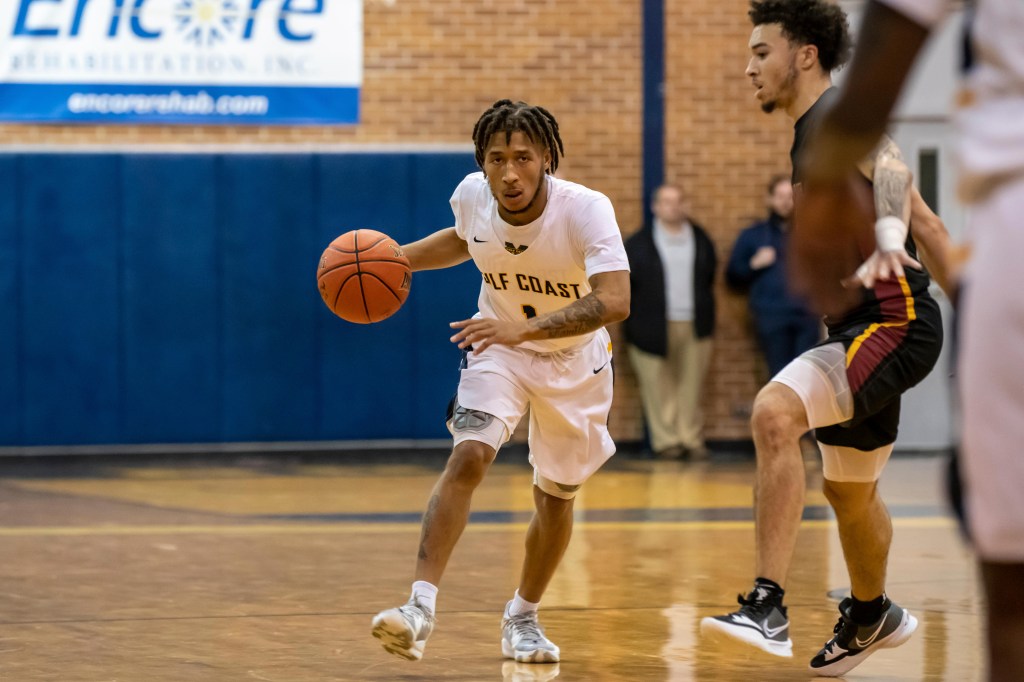 An Anthony Ratliff put-back late in regulation forced overtime, and Dontavius Proby’s free throws in the final minute of the game gave Gulf Coast a 97-96 comeback win over Hinds in Utica.

The Bulldogs rallied from 14 down in the first half simply by taking care of the ball after the break.

“We were so sloppy with the ball in the first half,” Gulf Coast coach Tim Ryan said. “We had 13 turnovers, and they had nine offensive rebounds. They had so many more opportunities than we did in the first half.”

Melvion Flanagan (So., Peabody/Alexandria, La.) scored 27 points to run his streak of 20-plus games to six. Anthony Ratliff (So., Terry/Jackson) shot 7-for-11 from the field and had 19 points.

Dontavius Proby (So., Biloxi/Biloxi) came off the bench to score 10 points with seven rebounds and six assists.

Gulf Coast (13-4, 5-3) won its third straight and stayed in a tie for fourth in the MACCC. But the Bulldogs shed two of the teams in that logjam and are now tied just with Meridian.

Gulf Coast trailed 84-79 with two minutes to play before a Proby free throw and a Flanagan 3-pointer made it a one-point game. Flanagan tied with a free throw with 51 seconds to play.

Hinds (4-11, 2-4) took a 94-90 lead midway through the extra session, but Flanagan made two free throws and Ratliff got a jump with 1:20 left to tie. He made a free throw to give Gulf Coast the lead, before a Hinds field goal with 55 seconds left put the home team ahead 96-95.

Proby’s free throws with 40 seconds left were the difference.