Pearl River women shake off rust to take down Meridian 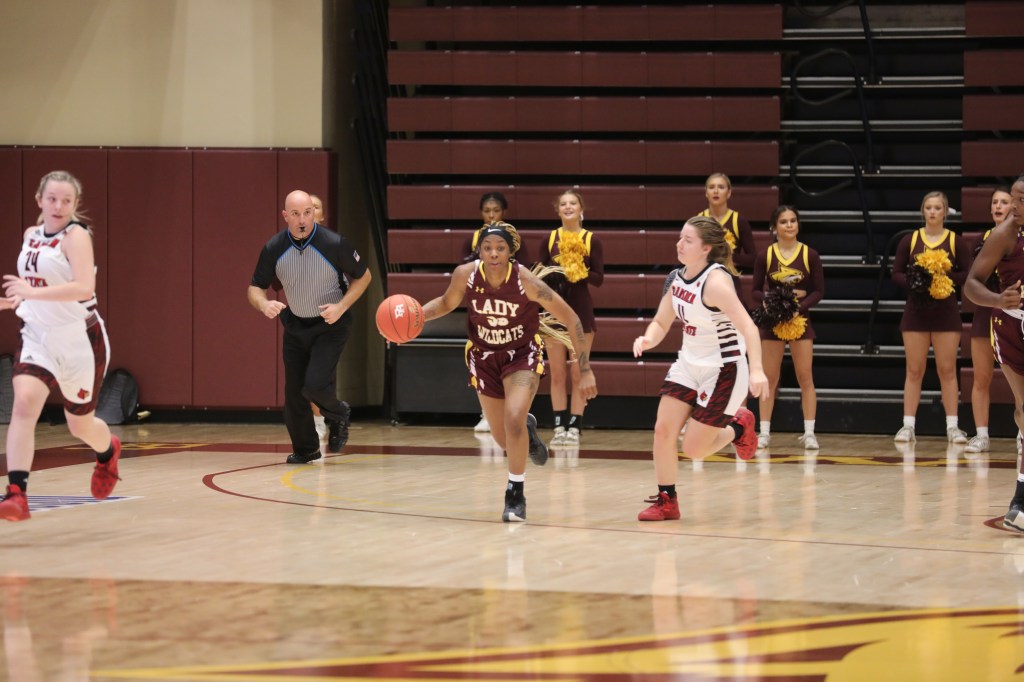 POPLARVILLE, Miss. — Despite having a month off from competition, the Pearl River women’s basketball team shook off any rust that it might have had, defeating Meridian 59-49 Monday night.
“I know I’ve said this before, but one of the toughest things to do in college athletics is to go on the road and win in a hostile environment,” Pearl River head coach Scotty Fletcher said. “Today was our first game in exactly one month, so the goal was to be 1-0 in our first game of 2022, and we did that. I’m really proud of the girls.”
Pearl River (10-2 overall; 3-0 MACCC) and Meridian (5-6; 2-2) were in a tightly contested battle for most of the night as the Wildcats took a slim 25-20 lead into the break.
Another hard-fought quarter took place right out of the half as Pearl River hung onto its lead to enter the fourth ahead, 42-40.
The Wildcats put the game to rest late in the game, outscoring the Eagles 17-9 in the fourth quarter to win 59-49.
“We learned how to play a half-court game and execute. Meridian forced us to execute, and we did a good job,” Fletcher said. “This game was a low-scoring game.
They scored 93 points last game and we held them to 49 on their home court. I thought our defensive effort, energy and execution were really good tonight. Defense allowed us to win tonight.”
LEADING THE WAY
Otashae Burrage (Carthage; Leake County) led the team with 14 points. Marcavia Shavers was second with 12.
Keshunti Nichols (Pearl) and Halle Traylor (Tupelo) tied for third with 10 points each.
Fletcher felt that the play of Jaliscia Florence (Tupelo) made the difference.
“Jaliscia was the X-factor tonight. Her stats may not show that, but her energy and everything that she did for us tonight gave us an edge.”
UP NEXT
Pearl River returns to action Thursday as archrival Gulf Coast takes the short trip to Marvin R. White Coliseum. Tipoff is scheduled for 6 p.m.
TICKETS
Season and single-game tickets are on sale now and can be purchased at PRCCAthletics.com/tickets.
TUNE IN
All home Pearl River basketball games are livestreamed for free at PRCCMedia.com/gold. Fans who have Roku, Amazon Fire or Apple TV devices can also watch the Wildcat broadcasts by downloading the “Pearl River CC” channel from their app stores.
Games can also be heard on WRJW 1320-AM, 106.9 FM and WRJWRadio.com
For the latest on Pearl River Community College athletics, follow us on Twitter (@PRCCAthletics) and
Facebook (PRCCAthletics).