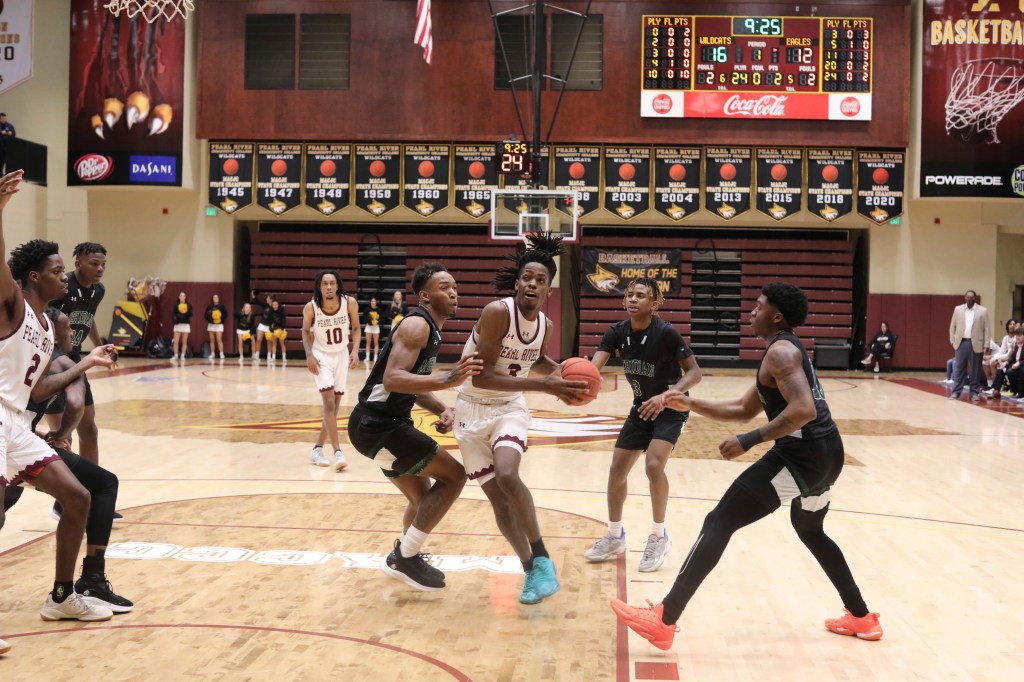 PERKINSTON, Miss. — The Pearl River men’s basketball team suffered a heartbreaking loss at the hands of Gulf Coast in the early stages of the season, losing on a buzzer-beater 3-pointer. The added motivation pushed the Wildcats to get their revenge Thursday night as they handed the Bulldogs a 66-65 loss with a layup in the dying seconds of the contest.

“It was a typical Pearl River and Gulf Coast matchup. Both teams played hard and really wanted to win,” Pearl River coach Chris Oney said. “I’m just happy that we were able to score one more point than they did.”

With just under 10 minutes left in the first half of play, the Wildcats held on to a slim 18-15 advantage.

The Wildcats had a chance to stretch out their lead, but Gulf Coast fought back to take a 33-30 lead into the break.

Immediately into the second half of play, Pearl River stretched out a seven-point lead going ahead 51-44 with 10 minutes of play left.

Late in the fourth quarter, the Bulldogs pulled ahead 61-60 before draining a 3-pointer that made the score 64-60.

Wilkens stepped to the line and drained his first shot attempt. After a Pearl River timeout, Wilkens had a chance to tie the game, but his free throw attempt rolled around the rim and fell out.

Brison Waller (Cleveland, Ohio.; Garfield Heights) leapt up and snatched the ball out of the air before putting it back up and into the basket for a 66-65 Pearl River lead.

The Bulldogs had a chance to dash down the court for a shot attempt but were unable to take one, ending in a Wildcat victory.

“We put Brison in for a couple of different reasons,” Oney said. “Obviously for him to try to get the rebound if we didn’t make it but also if we did make it he was going to be the anchor on the defensive end. I’m super proud of Brison. He had to sit out some and he’s stuck with it. He was happy and excited to help his teammates win.”

“We did something a little different schematically for him, so that we could get him in position to play one-on-one in the post,” Oney said. “I thought he took advantage of it completely. If it wasn’t for the foul trouble, I think his numbers would’ve been even better.”

Cameron Brown (Hattiesburg) was second on the team in scoring with nine points.

UP NEXT
The Wildcats return to Marvin R. White Coliseum Tuesday as Northwest comes to town. The game is set to get underway at 6 p.m.