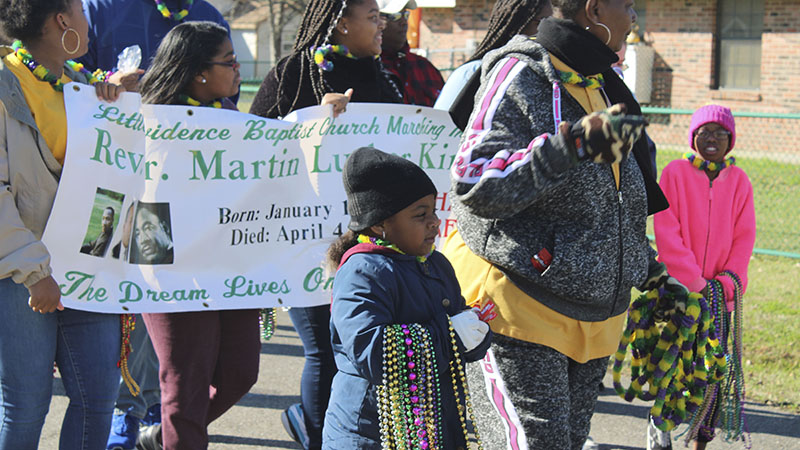 A parade is set for Monday to commemorate the memory and message of Dr. Martin Luther King Jr. Unlike previous years where participants walked the parade route, pictured, this year’s event will be conducted within vehicles. File photo by Cathy Cook.

This year’s theme is “Together We Are Strong.” Committee Director Vinner Scott said the theme is based on a powerful message by Dr. Martin Luther King Jr.

Scott said the Committee is committed to doing just that, helping to bring this community together and include all races, color, national origins, sex, religion or age groups.

“We are definitely committed to bringing this community together so we all can work together,” said Scott.

After the parade there will be free entertainment at J.P Johnson Park,  including gospel recording artist Drea Marie, niece of American gospel singer Mahalia Jackson, the soulful sounds of Gabrielle and Slijie, and Picayune’s own Trey Wynn. Antique Cars from Street Rods of Picayune will be on display, and free food will be served. Scott said this year’s meal will include red beans and rice, chicken, hot dogs, homemade chili, turkey necks and corn.

Representatiaves will also be on hand to assist attendees with voter registration and or head start registration.

Masks aren’t required during the parade or at the park event but Scott asks people wear masks and practice other COVID safety measures throughout the event. 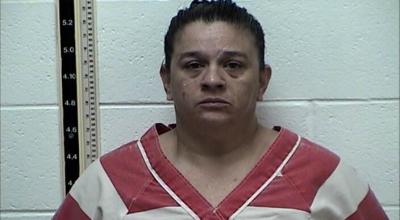