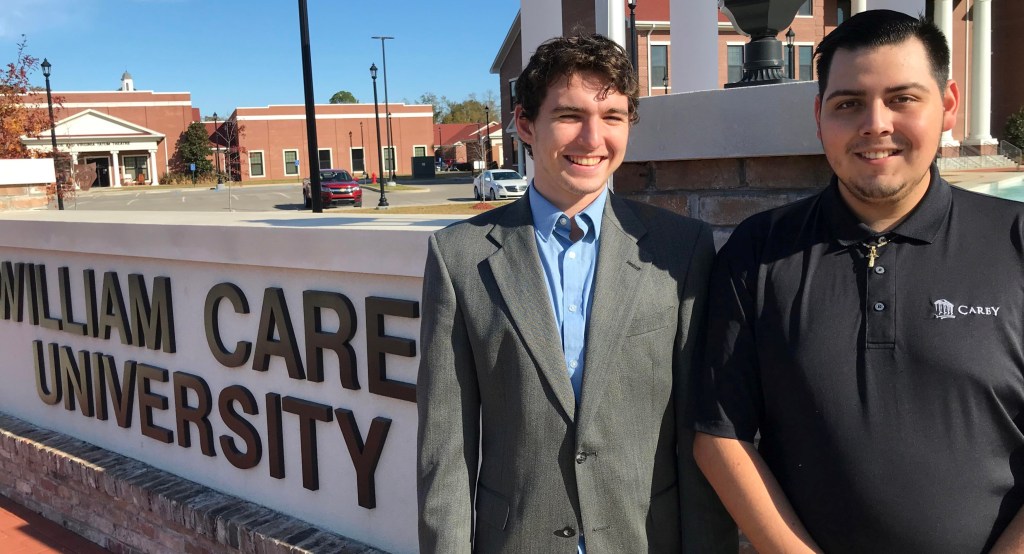 More than 15 colleges and universities competed in the annual event hosted by Abilene Christian University. Croft faced off against 40 students in the Novice division and claimed the tournament championship with a 10-0 record. A sophomore from Jakarta, Indonesia, Croft is a cross-cultural business major: “I’m interning at Carterville Baptist Church, but I see myself returning overseas for mission work.”

WCU junior Omar Villarreal took third place in the semi-finals of the Varsity division. Villarreal is a communications major from Pascagoula who plans to attend law school and become a criminal defense lawyer.

“We are very proud of the recent success of our students through their hard work and dedication. We believe this foreshadows great things for the upcoming regional and national tournaments,” said Dr. Brandon Knight, a coach for the speech and debate team.

“Sadly, this was the last tournament for coach Joshua Rogers. He is resigning to begin a new path in nursing school here at William Carey. He has been nothing short of a blessing and he will be missed greatly both by myself and the students.”

Like most speech and debate competitions since the beginning of the pandemic, the Joseph J. Cardot Invitational was held virtually, but Abilene Christian University plans to host the nationals in-person this spring.

Louisiana man dies in one vehicle collision along Highway…