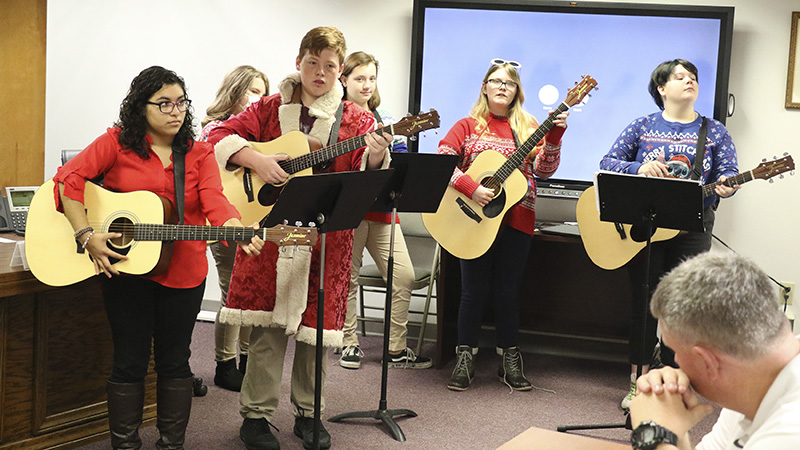 Members of the Picayune Junior High School’s chorus performed some holiday themed songs to the district’s Board of Trustees during Friday’s meeting. Photo by Jeremy Pittari

Before that motion was approved, the Board heard a performance from the Junior High School’s chorus. Rachel Rutherford said her goal with the students is to teach them how to play guitar and keyboards.

During discussion of the mask and vaccine mandates, Board attorney Jim Keith said the matters were brought before the Board because the Biden administration’s mandates could mean a loss of federal grant funding to the Head Start and Early Head Start programs.

If they go into effect, those policies will require students 2-years-old and older and all staff to wear masks, and also require all staff to get a COVID-19 vaccine, Keith said.

He suggested the Board approve the policies, otherwise the grant funding that pays for the Head Start and Early Head Start programs would cease. Keith also advised the Board that the policies don’t need to be implemented immediately since a lawsuit against mask and vaccine mandates has been filed in Texas, and Mississippi’s Attorney General Lynn Fitch has indicated she intends to join that lawsuit. He said that while the policies are supposed to start on Jan. 1, 2022, it may take the court three to four months to come to a decision. Until the supreme court rules on that suit, the mandates would not have to be implemented, Keith said.

“Frankly I think the court will overturn the mandate anyway,” Keith said.

Dr. Pamela Thomas, director of the Head Start and Early Head Start programs, said that 80 percent of her staff have already gotten the vaccine, and the four who opted out have been moved to other positions within the district. 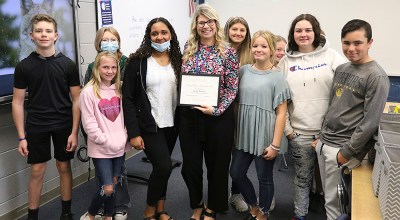