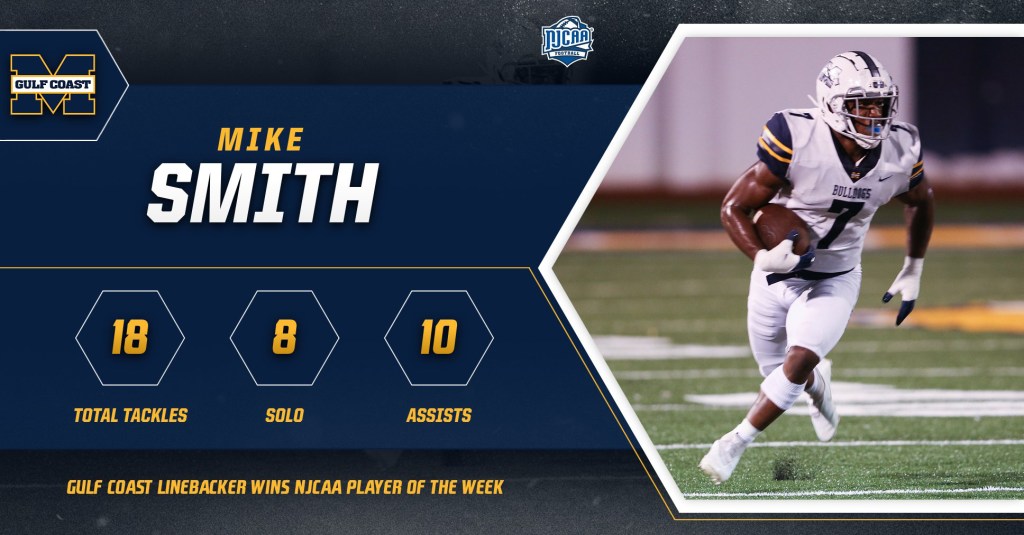 PERKINSTON — Mississippi Gulf Coast knocked off then-No. 1 Jones last week, and linebacker/safety Mike Smith’s impact was impossible to overlook.
He was named NJCAA Defensive Player of the Week for his performance in the 27-23 win at Ellisville. The sophomore from Flora had 18 total tackles, including 8 solos.
His production on the field is easy to see, but it’s the result of a lot of things fans don’t see.
“He had an incredible performance,” Gulf Coast coach Jack Wright said. “He was all the field and got us lined up right. We’re not surprised having seen him over the course of three years play at a high level. What people don’t see is the preparation, the film study, the questions, the leadership and intangibles he brings is stuff that never everybody knows about, but you don’t have those types of performances without all those things.”

Smith leads the NJCAA in total tackles with 84. He was part of the 2019 national championship team, including an eight-tackle, 1.5-sack performance in the title game. He was All-MACCC South First Team last year.