POPLARVILLE, Miss. — The Pearl River football team is preparing to hit the road for the final time in the 2021 season as it travels to take on Southwest on Saturday. Kickoff is set to take place at 5 p.m.
Pearl River (2-5; 0-4) enters the contest after narrowly losing to No. 1 Jones College, 28-22. The Wildcats had an opportunity to score late but were unable to find the endzone.
“When you’re trying to turn a program around, you can build on a game like that,” head coach Seth Smith said. “It’s impressive when you have a chance in a game against the No. 1 team in the country like we did last Thursday. We’re just pleased with how hard the kids played. That’s the expectation. No matter who we play if we get great at what we’re doing then we have a chance against anybody.”
Pearl River held Jones to its least total yardage of the season in the contest.
“Coach Trahan and the defensive coaches had a great scheme,” Smith said. “Really, what was working was our kids playing hard and tackling. We didn’t tackle great in the first half, but in the second half we were much better. Our secondary covered fantastic.
“All-in-all it was just a great effort from the defense.”
ABOUT THE WILDCATS
Behind center for the Wildcats (2-5; 0-4) is Will Young (Hurley; East Central) who has completed five passes for 152 yards and two touchdowns.
Young has also ran 74 times for 296 yards and four touchdowns.
Tony Brown (Hurley; East Central) is the leading rusher, running 84 times for 530 yards and six touchdowns. Brown is averaging 6.3 yards per carry this season.
Coming in at second on the team in rushing is Nick Milsap (Raleigh; Oak Grove) who has 60 attempts for 349 yards and a touchdown.
Southern Miss commit Latreal Jones (Taylorsville) has 15 receptions for 187 yards and a touchdown while Tavion Smith (Hattiesburg; Oak Grove) has 13 catches for 207 yards.
Justin Jefferson (Memphis, Tenn.; Bartlett) leads the way on defense with 45 tackles, three sacks and 9.5 tackles for loss.
In the matchup with Jones College, Jefferson tallied 15 tackles, two sacks, 3.5 tackles for loss and two fumble recoveries.
“He’s what an out-of-state kid should be like,” Smith said.
“When you get kids from other states you look for kids like Justin Jefferson.
If you have 10 out-of-state kids on your team and you can get all 10 of them like him then you have a chance to have a special group. From the time he first got here, he’s matured in the locker room and on the field. We love him to death and we’re glad he’s here.”
Nijewel Coleman (Sumrall) has tallied 35 tackles, three tackles for loss, two interceptions, and one forced fumble.
SCOUTING SOUTHWEST
Southwest (2-5; 0-4) is coming off one of its worst losses of the season, falling to Hinds 50-3.
The Bears average 101.9 rushing yards per game and 185.1 passing yards per game on the season.
“Coach Collins is a new coach and he’s trying to get that program steered in the right direction,” Smith said.
“I know I say it a lot, but we have to continue to focus on ourselves. There are no bad teams in this conference. If we can protect the football and keep playing defense like we have, then we will have a chance. We just need to stay on our blocks longer, tackle better and protect the football.”
Leading the way through the air is Christopher Roberson who has thrown for 670 yards, four touchdowns and 10 interceptions.
Roberson also leads Southwest in rushing, carrying the ball 62 times for 241 yards and two touchdowns. Damuriyon Montgomery is second on the team with 183 yards on 54 carries.
Jacoby Bellazar is the top pass-catcher, hauling in 33 passes for 417 yards and three touchdowns. Tyrese Keyes is second with 19 catches for 138 yards.
Derek Turner leads the way on defense with 52 tackles.
WILDCATS-BEARS SERIES
According to PRCC records, the Wildcats lead the all-time series with the Bears 62-15-3. Pearl River won the last meeting 37-26.
TUNE IN
All Pearl River football games are livestreamed for free at PRCCMedia.com/gold. Fans who have Roku, Amazon Fire or Apple TV devices can also watch the Wildcat broadcasts by downloading the “Pearl River CC” channel from their app stores.
Games will also be available over the air in Pearl River County by tuning into 1320 AM and 106.9 FM., in Columbia on WCJU 102.7 FM and 1450 AM, and in Hattiesburg on WHSY 105.9 FM and 950 AM. The radio broadcast is also available at WRJWRadio.com and by downloading the WRJW app.
For the latest on Pearl River Community College athletics, follow us on Twitter (@PRCCAthletics) and Facebook (PRCCAthletics). 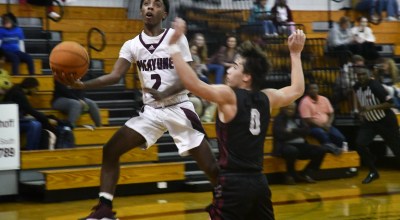 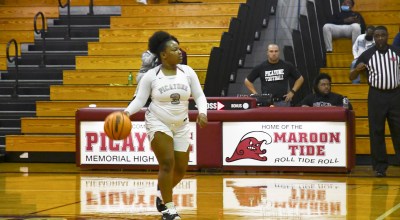 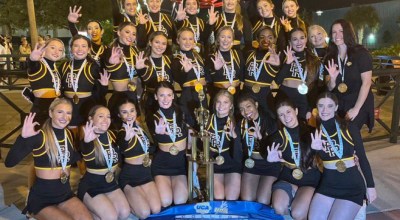