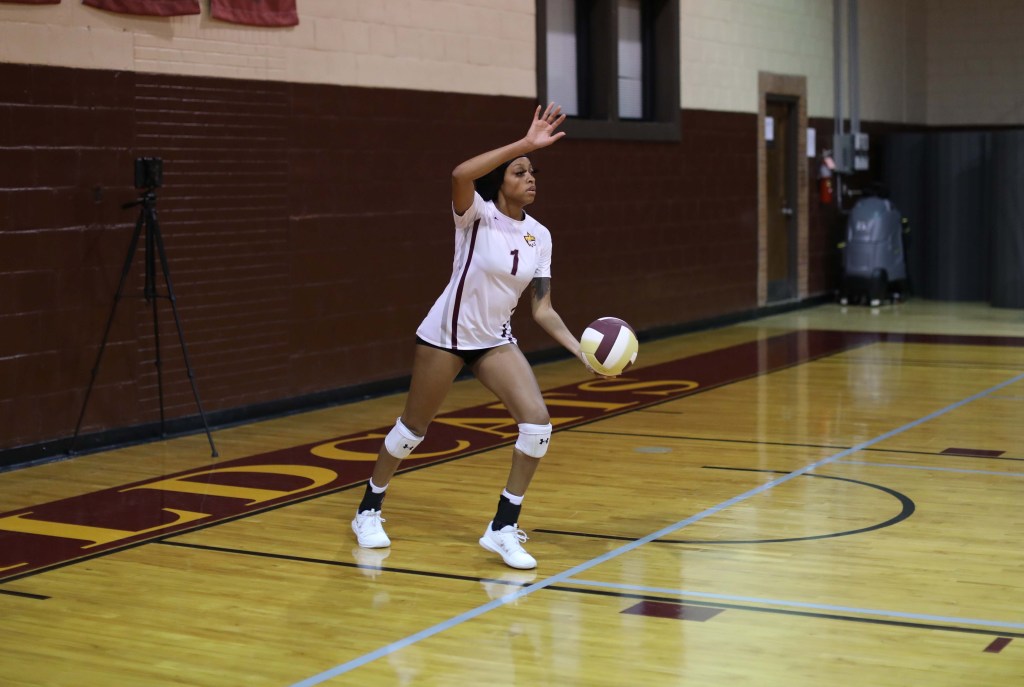 POPLARVILLE, Miss. — The Pearl River volleyball team extended its win streak to four matches after defeating Bevill State on Thursday. The Wildcats won the match 3-0 (25-21, 25-22, 25-8), marking their seventh win in straight sets this season.
“Everyone played well tonight,” head coach Haley Chatham said. “Even though in the first two sets we weren’t in the system as much as we’d like to be, we were able to score points out of system, which always helps.”
Pearl River (7-1 overall) had to battle hard to win the first two sets over Bevill State (1-7) as both matches were only won by a few points.
The Wildcats claimed set one 25-21 before claiming set two 25-22.
Chatham and the Wildcats made a few adjustments going into the third set and it proved to make a difference as Pearl River dominated the set, winning 25-8.
“We made better reads and passed well in the third set,” Chatham said. “Julianah (Overstreet)’s 13-point service run helped us stay ahead of them.” UP NEXT
The Wildcats return to Shivers Gymnasium on Friday as Bishop State comes to town. The match will begin at 6 p.m. and will be livestreamed at PRCCMedia.com/maroon.
For the latest on Pearl River Community College athletics, follow us on Twitter.
(@PRCCAthletics) and Facebook (PRCCAthletics).