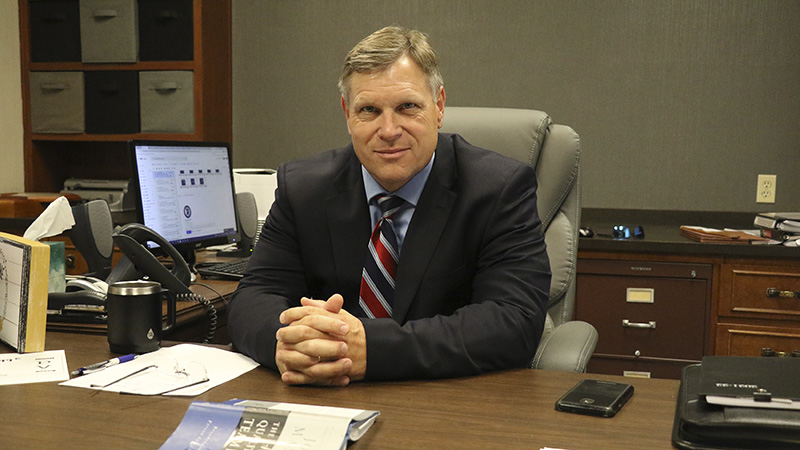 Poplarville’s new Superintendent Jonathan Will, has decades of education experience that will serve him well has he works to push the school district forward.

This will be Will’s 26th year as an educator, most recently serving as Poplarville High School’s Principal. Will took over as the district’s superintendent in July of this year, and has been a coach and teacher during previous years in his career.

Beginning at the Poplarville School District for the first four years of career, he left to work at other school districts but returned in 2013 to be the principal at Poplarville High School.

Since taking over as principal in 2013, testing scores and graduations rates increased at Poplarville High School, according to previous coverage.

So far, he has found opportunities to use federal funding to expand several services at various campuses and he has his eye on testing scores now that the Mississippi Department of Education will reinstate its accountability scoring. That comes after two years of testing results being waived by MDE due to the pandemic.

He plans to keep the district’s current A rating in that program and help his staff continue to overcome the adversities associated with the pandemic.

“The key thing is to get back to school and do a great job preparing our students for various testing,” Will said. “I want the district to look good.”

In the bigger picture, that will involve partnering with families to help the students in the Poplarville School District become successful adults, not matter their career path after high school.

He credits previous successes of the district to that partnership with parents and the staff.